Fiona is a UK-based broadcaster, writer and speaker, best known to radio audiences as a founding presenter of BBC Radio 3’s Sony Gold Award-winning Late Junction. Fiona has presented for the BBC since 1989 working across a wide range of programmes, from Breakfast to live Proms concerts at the Royal Albert Hall. Her intimate style is prized during transmissions from London’s premier chamber music venues such as Wigmore Hall and LSO St Luke’s. No stranger to representing Radio 3 at WOMAD, Fiona has also been the voice of the station during broadcasts from the Royal Opera House, the Royal Festival Hall, the Barbican and many of the UK’s leading venues. She also enjoys close relationships with the BBC Symphony Orchestra, the Boston Symphony Orchestra, Britten Sinfonia, the BBC National Orchestra of Wales and the Ulster Orchestra. 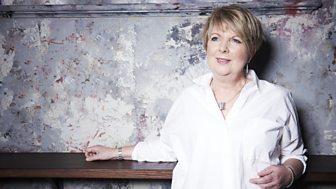 With a portfolio of documentaries about Bartók, Prokofiev, Ragtime in Hungary, through Joseph Canteloube, to the Icelandic music scene, Fiona has presented a wide-range of documentary features, and is at home interviewing artists including Sting, Jon Anderson, David Sylvian and John Paul Jones through Jan Garbarek and the Hilliard Ensemble, to Daniel Barenboim, Leif Ove Andsnes, and the BBC Symphony Orchestra’s chief conductor, Sakari Oramo.

In 2004 Fiona was presented with the coveted Molde Rose award by the Molde Jazz Festival, and in 2009 she was awarded the Royal Norwegian Order of Merit for her services to Norwegian arts. She continues to be at the forefront of creative musical partnerships between the UK and Norway; she recently devised and curated the hugely successful conexions series for Nasjonal Jazzscene in Oslo in addition to the national folk stage in Oslo, Riksscenen. Fiona was also invited to curate the Scene Norway, Scene Norway 2 and Eesti Fest initiatives at Kings Place, as well as the Voices Across the World season at the Royal Opera House. In 2014 she collaborated with St George’s Bristol to programme and curate a day of Norwegian music and literature, and is currently involved with Scene Norway Oxford.

Recent projects include editing the English-language version of Luca Vitali’s “The Sound of the North – a history of Norwegian jazz”, and a compilation of Nordic jazz released on Edition Records’“Northern Edition”. She has written for the Guardian and Independent newspapers, BBC Music Magazine, and is a regular reviewer for Songlines magazine. She also finds time to write for Finnish Music Quarterly.

Fiona is regularly invited to present events and chair conferences; 2016 sees her involved in hosting the prestigious Wenlock Poetry Festival and chairing panels at the Rhythm Changes conference for Birmingham City University.

Fiona’s Masters degree in English Literature and the Visual Arts specialised in the writings of Sir Kenneth Clark. She has taught for Reading University and for the Open University. She is Vice-President of the Grieg Society of Great Britain, chair of the trustees of the Whitley Arts Festival and both a member of the advisory board for Britten Sinfonia and the Board of Bergen National Opera. 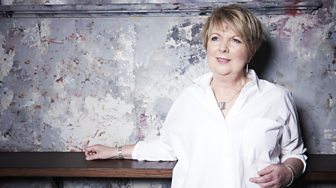