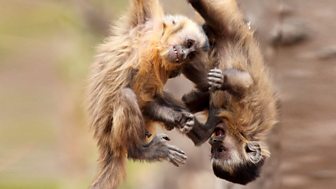 If ever a primate deserved the title “clever monkey” it’s the tufted (or bearded) capuchins that live in Brazil’s Serra da Capivara National Park. These monkeys have been recorded using more tools than almost any animal apart from chimps and humans. Indeed they are so industrious with using stone tools that you can often hear the sound echoing through the canyons long before you see them. 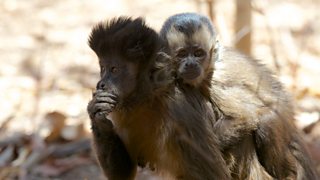 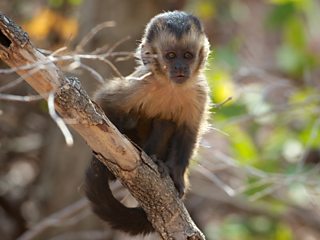 They collect and modify sticks to get food out of cracks and crevices; they use rocks as hammer and anvil to crack open seeds; and they use different shaped stones to dig for roots in the hard soil. They use rocks to throw at predators or even to attract the attention of a mate!

Soon after they arrived on location, one particular monkey caught the attention of the Wild Brazil crew. He was just a few months old, and he had been named Chocolate by zoologist Camila Coelho.

For the next year, the crew followed the whole group, but always kept a close eye on Chocolate as he grew up. Watching him grow up, take his first steps and learn from the rest of the troop how to be a clever monkey was one of the highlights of this series. 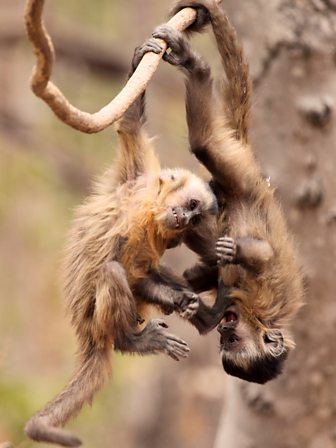