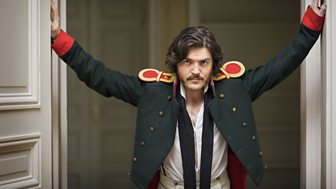 Dolokhov is a wolfish young man with a dangerous glint in his eye. His family is not hugely distinguished, but he makes up for it in Anatole’s hard-living set by being the most extreme and reckless member. He can cause plenty of trouble for the people around him, but nothing seems to stick to Dolokhov himself. He makes his own luck.

It’s a gem of a part. I asked to go up for Dolokhov because he’s such a fascinating character. He’s vitally important when the Russians are at war because he helps win battles. He’s absolutely fearless – he simply runs at the enemy and hacks everyone to death! He has been described as a “soldier psychopath”. I don’t know what it is to be a psychopath, but Dolokhov clearly loves killing people, so arguably there are psychopathic tendencies in him.

The moment he’s not fighting, he creates trouble. At one point, he is demoted from his rank because he’s tied a policeman to a bear. He’s chaos! His philosophy is, “Don’t get married – only have affairs with married women”. He’s a nemesis to both Pierre and Nikolai. He creates catastrophes that unravel people.

Can you defend Dolokhov’s actions?

He’s like Onegin – he’s another of those Russian Byronic anti-heroes. He sees normal society as death – and therefore has no respect for it. He only cares about appetite. He has this insatiable urge to consume things. I’ve tried to play him as someone who feeds off other people, rather than a cool observer of it all.

Definitely. He’s very modern. I knew a guy like him when I was growing up. Dolokhov is the ultimate survivor. He’s always got somewhere to go and someone to get money off. He’s an interesting paradigm to take on – and a dangerous one! The obsession nowadays is that everything has to be utilitarian. But playing Dolokhov, you start looking at society and thinking, “Why do you need that?”

What makes Andrew Davies such a good adapter?

He’s very good at not writing “period speak.” I saw a Victorian-set drama recently where one of the characters said, “I have of late” – that’s straight out of Hamlet! In this, you can’t say, “Okey-dokey,” but Andrew strikes a very good balance in his dialogue. He’s an incredibly intuitive writer – it just pours out of him.

Tell us about your connection with your co-star Brian Cox...

Brian match-made my parents. He had been to drama school with my mum and was like an older brother to her. A few years later, before they got together, my mum and dad were in a production of The Wild Duck with Brian at the Lyceum Theatre in Edinburgh. Brian could see there was a spark between my parents, so he invited them to the pub. The rest is history. It’s thanks to Brian that I’m here! 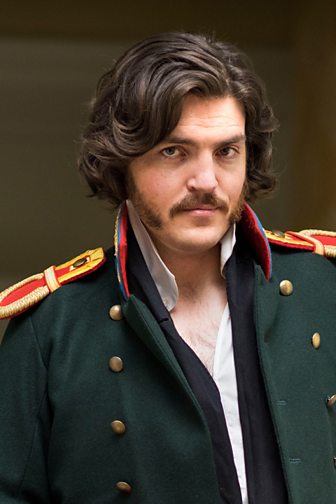