He's used to spinning discs - will that help his spins on the floor? 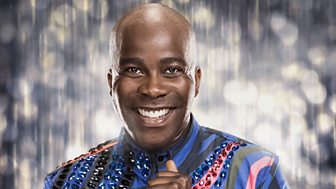 Anyone who’s seen TV and radio presenter Melvin Odoom in action knows he’s got a well-exercised funny bone – but has he got two left feet? 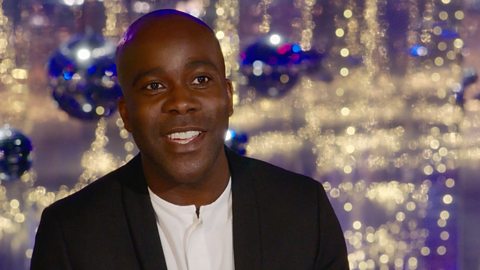 "Give me sequins, give me a jumpsuit, whatever you need"

“I already love dancing but Strictly seems like a completely different animal,” says Melvin ahead of his epic challenge. “I have been going to the gym more, and running. Plus I have cut down on certain foods and drink. I miss cake so much!”

I just want to look sexy (if that's possible) and stand out. I don't mind what they put me in as long as my dance moves are still on point!
Melvin Odoom

The born-and-bred Londoner first met his co-host Rickie Haywood-Williams at the University of Bedfordshire. Since then, they’ve become long-running presenters of the Kiss FM Breakfast show, as well as regular presenting work for MTV, 4Music, T4 and The Box, plus the recent ITV gameshow Bang On The Money.

As one half of Rickie & Melvin, he’s used to sharing the spotlight with a partner in crime. But presumably he’s never twirled Rickie around the floor during a particularly energetic salsa, so this will be a whole new skillset for Melvin to master.

“I'm really looking forward to learning all the new routines, working with the professional dancers, meeting the other contestants, the whole experience to be honest,” he says. “Being a DJ I always had a passion for music, and I think dance and music go hand in hand.”

Melvin's also hosted The Xtra Factor and been team captain on four series of BBC Three's Sweat The Small Stuff. And he's done regular presenting work with fellow contestant Laura Whitmore, so he’ll be in good company. But he admits to being a tad intimidated by the female professionals…

“I was a bit worried that I would be too short for some of the girls as I'm only 5'5. Or 5'6 on Wikipedia!” laughs Melvin. “I think I would be fine with whoever they put me with as long as they have a sense of humour.”

Sounds like a plan, Melvin! You bring the laughter, we’ll provide the Cuban heels… 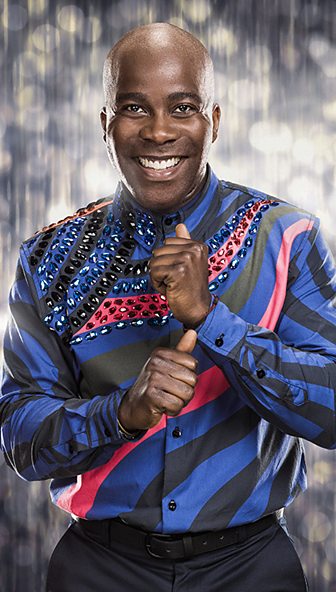