A little bit about Nihal 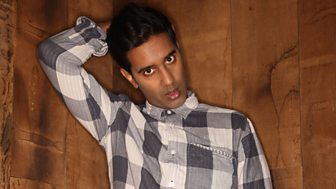 Nihal has been living for music since he started promoting rap shows in his native Essex while still doing his A Levels. By the time he was about to graduate he was signed to a major label, and since then he has been a music journalist having written for Asiana, Eastern Eye, The Face, Mixmag, Hip Hop Connection and even the Observer.

In the late 90s he was a Music PR working for artists as diverse as Nitin Sawhney, Judge Jules, Mos Def, Beenieman and Elton John. While working for the groundbreaking Asian record label Outcaste Records he promoted Badmarsh & Shri's seminal 'Signs' album securing their appearance on Later With Jools Holland, and Nitin Sawhney's 'Beyond Skin'.

As an artist Nihal has rapped with Fun Da Mental (back in 1995), Badmarsh & Shri, Mentor , Sona Family, and DJ Sanj as well as hosting the Asian 8 Mile MC battles at his monthly clubnight Bombay Bronx. He launched his very own clubnight Bombay Bronx in May 2004 to showcase his love of Rap music, but from a distinctly Asian perspective. Since it's creation Bombay Bronx has seen some of the biggest artists in the scene perform live such as Raghav, Swami, Jay Sean, and the Mentor Kollectiv, as well as giving a platform for unsigned artists such as Sunit and Raxtstar and Serese.

As well as DJing at his own clubnight Nihal has DJed the Isle Of Wight Festival, Glastonbury and the Bestival in the UK, as well as club gigs up and down the country. In 2005 alone he DJed in Bangladesh, Dubai, Germany, India, Sri Lanka, Switzerland, Thailand, and toured America with Bobby Friction and Raghav.

Nihal's TV work goes back to his first ever TV appearance presenting 'Webwise' live for BBC2 alongside Emma B in 1999. Since then he has had his own rap show on MTV Base entitled the Drop, and presented three hours of live TV every saturday for the CBBC Channel entitled the Saturday Show Extra. In August 2005 he was asked to appear on BBC2's Art School, alongside such disparate personalities as Ulrika Johnson and Keith Allen, to spend two weeks at the Chelsea School of Art. With his knowledge of music and the music industry he is regularly asked to appear on TV and comment on music related issues from the Brits and Channel 5's The Wright Stuff to MTV Base's Hip Hop Candy. If that wasn't enough he has appeared on 'Never Mind The Buzzcocks' twice.

Since 2004 he has presented all three series of BBC2's flagship Asian music, lifestyle, an arts show Desi DNA alongside Adil Ray and Anita Rani. Through the show Nihal has interviewed a myriad of people such as Karsh Kale and Padma Lakshmi in New York, Outlandish in Copenhagen and DJ Pathaan in Ibiza, as well as doing pieces on Jay Sean, Ms Scandalous and Freeform Five here in the UK.

In 2005 both Bobby Friction and Nihal were cultural ambassadors for the successful London 2012 Olympic Bid.

From using his experience of the record industry to help new artists to evolve, to helping to promote asian music round the world Nihal will never stop doing what he loves. 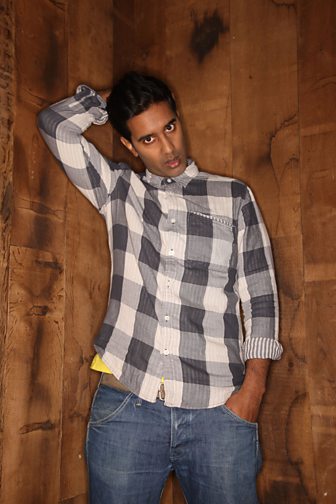