Adam shares his secrets on making the series 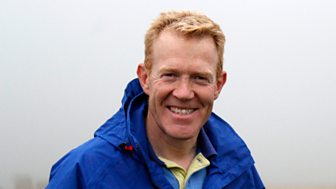 Secret Britain is based on secret places and stories suggested by viewers of sister programme Countryfile. 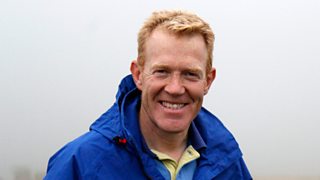 Climbing Whitestone cliff in North Yorkshire was the hardest thing I had to do. I’m not a confident climber and I found it challenging and quite scary, despite being roped up.
Adam Henson

What was your favourite 'secret' you shared about yourself?

Adam Henson: I really enjoyed pottery as a child. I even considered it as a career. In the programme, I tried my hand at throwing a pot on a Roman wheel.

You were both given some fairly challenging things to do. Was there anything you really didn't like doing and why?

AH: Climbing Whitestone cliff in North Yorkshire was the hardest thing I had to do. I’m not a confident climber and I found it challenging and quite scary, despite being roped up. But I loved the flight in the glider and I will definitely be looking to do this again soon.

In the Brecon Beacon's, Ellie said she'd like to see you in a superman outfit….is this true and has it happened yet?

AH: No, I’m not wearing my pants over my trousers!

Adam – you were licked by the legendary luck stone – has it brought you any 'luck'?

What magical sites send a shiver down your spine?

AH: Admiring the Brecon Beacons from a hot air balloon and the view from the north face of Ben Nevis.

What can't you live without on a shoot?

What snacks are a must on busy filming days?

AH: Any snacks are welcome especially biscuits and bananas.

What is your earliest countryside memory?

AH: Helping my dad move sheep on the farm. I got knocked over and trampled on by the whole flock as I tried to block off a gateway they weren't supposed to be going through. It didn’t put me off working with sheep though.

You get a tip off about a truly secret wild place but you can only take one person with you – who would it be?

A cameraman to film it. On second thoughts, I should probably take Charlie, my partner, but then the Secret Britain viewers wouldn't be able to enjoy the landscape too.

If you could be any animal, what would it be?

AH: A dog. They're loyal, hardworking and loving just like me. But I would need a good home with a bed by the Aga!

It looks like great fun travelling around the British countryside, but what's the hardest part of your job?

AH: The long days and driving home late at night.

AH: The Galapagos Islands. The Northern Lights in Iceland and watching a pod of orcas.

Which words or phrases do you most overuse?

AH: It’s always difficult to come up with new words to describe something that is amazing, fantastic, extraordinary, brilliant. I use all of these far too much.

What is your 'secret' guiltiest pleasure?

You both get on famously but if there's one thing you could change about the other, what would it be?

AH: Ellie is great the way she is. She just needs to make sure she thinks the same of me.

If you weren't King and Queen of the countryside, what other career path might you have taken?

AH: I appeared in 'Braveheart' and was directed by Mel Gibson. 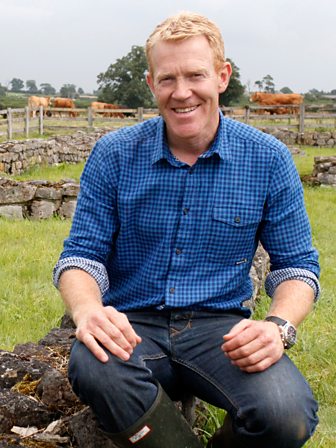