Freeman is a petty thief, who has lived all his life on his wits and his ability to talk his way out of anything. He met Tommy on ship and they are firm friends, with huge respect and affection for each other. He has always been secretly in love with Tommy's partner Elizabeth, even though he knows she will always be his. 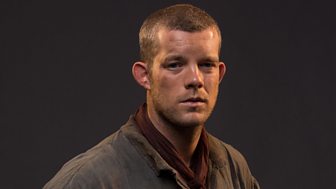 James has a big heart and is a very genuine, nice guy
Russell Tovey

"James Freeman is a cheeky chap. He’s a pickpocket and was caught in London. Instead of being hanged, which seems quite a strong sentence for pick pocketing, he was given the option to come to Australia on a ship to a penal colony there, do his sentence and maybe start a new life. He is 26, has a big heart and is a very genuine, nice guy – I think he’s just been down on his luck."

Russell Tovey is an English actor, author, playwright and screenwriter who is recognised for his work onscreen as well as off across television, film and stage.

He grew up in Essex and began acting when he was eleven years old, acting in school plays before making his first television appearance in the 1994 CBBC series Mud. Tovey later left school at the age of sixteen to study performing arts at college and shortly after was cast to act in the play Howard Katz at the National Theatre by the acclaimed comedian and playwright, Patrick Maber.

In 2004 he acted the part of Rudge in The History Boys at the Royal National Theatre, which toured Broadway, Sydney, Wellington and Hong Kong, and also played the role in the radio and film adaptations. Tovey is most recognised for playing the role of werewolf George Sands in the BBC supernatural drama Being Human before leaving to work full-time on his BBC Three sitom Him & Her. Most recently, he played Kevin Matheson in the HBO television series Looking. 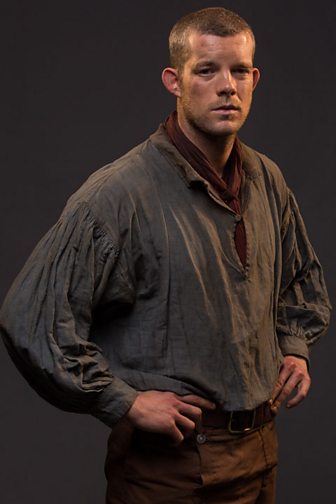