Zoe tried to act grown-up like her 'sisters', but she could get completely out of her depth. Still, she made quite an impression on the male population of Walford. 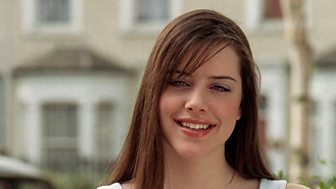 Statuesque Zoe Slater arrived in Walford like a whirlwind with her boisterous band of sisters, but the vivacious teenager had problems from the start.

Stop it - all of you! You're doing my head in!
Zoe Slater

Bolshy and defiant she wanted to join her uncle Harry in Spain, but Kat had other ideas. And when Zoe muttered the immortal words: "You ain't my muvva!", Kat infamously hollered "Yes I am!" It was no easy feat for Zoe to cope with the bombshell that Kat was her muvva, let alone that Uncle Harry was her real father.

All hell let loose and Zoe ran away. Down and out on the streets, Zoe was a hair's breadth from prostitution when Kat swooped down and rescued her, whisking her back to the Square. However, life refused to settle down as Zoe embarked upon a doomed relationship with Dennis Rickman, who was hopelessly in love with his father's adopted daughter Sharon.

In an attempt to scupper the relationship, Den Watts encouraged Zoe to let him father her child, but pretend the baby was Dennis's and hold on to him.

However, the plot thickened when Chrissie found the pair in bed together. Scheming Chrissie pretended to be Zoe's advocate, encouraging her to abort the baby and they began to hatch a plan to avenge Den for his misdeeds.

A fight in the Vic ensued and Chrissie encouraged Zoe to believe that she'd killed him… until Sam revealed the truth – that it was Chrissie what dunnit.

Life had gotten far too complicated. Zoe decided to leave the madness of Albert Square and headed off to Ibiza to party on and recapture her forgotten youth. 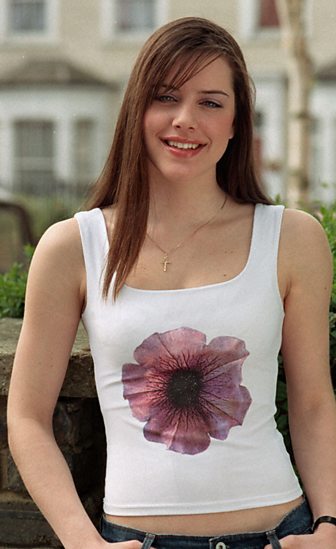