The Bridgend-born presenter has worked at BBC Wales since 1999, initially in the BBC Wales Sports department, before making the move to Radio Wales News. 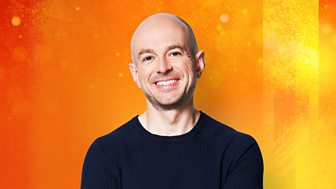 "I have been presenting the afternoon show on BBC Radio Wales since November 2011 after making a post-Rugby World Cup move from BBC Wales Sport. So far so good (I hope) and I have been really enjoying the challenge of needing to know a little bit about everything and quite a lot about most of that!"

"There is a fantastic team working on the show. Our aim is to bring you news of everything that is going on in Wales and beyond, to make it relevant, and to give you a sense of being part of it. We also try to get out and about as much as we can - there is no substitute for getting out of the studio to find out what people are thinking and why it matters to them. So far it has ranged from trying to keep up with Bryn Terfel running with the Olympic flame, to measuring air pollution in Swansea to gauging business reaction to the Budget."

"During my time in sport I presented Scrum V on TV and radio and covered four Rugby World Cups, European and World Cup qualifiers in football and the Melbourne Commonwealth Games in 2006. I still keep my hand in every now and again with the rugby - I have been amazed at how much rugby, and sport in general, plays such a huge part in Welsh life and the news agenda."