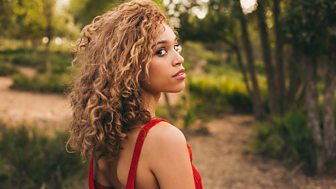 Despite earning a diploma in singing from the British and Irish Modern Music Institute, Izzy Bizu was too shy to sing in public.

Instead, she envisaged a career as a pop writer – until she entered an open mic night in Camden on a whim... And won.

The organiser asked to manage her; while super-producer Naughty Boy, who was in the audience, declared himself a fan. Three months later, her self-released EP Coolbeanz debuted at number three on the iTunes R&B chart and she supported her BBC Sound Of… predecessor, Sam Smith, on tour.

She has since toured with Rudimental and Foxes, appeared on Jools Holland, and has two Glastonbury performances under her belt.

Inspired by Amy Winehouse, Ella Fitzgerald, and Marvin Gaye, her sunny, soulful music is refreshingly organic in a landscape populated with throbbing bass and digital distortion. "I just want to keep it simple" she told Clash magazine. "I normally start with an acoustic guitar or piano. No matter what you put on top, if the basics work then the song works.” 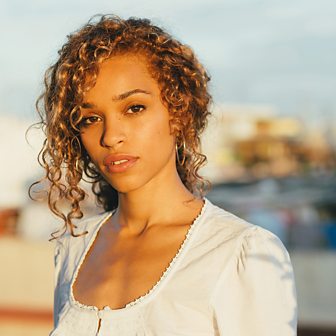