A sign language interpreter with a secret crush on Cass. 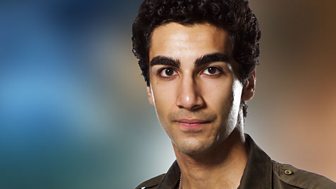 Assigned to The Drum to interpret for deaf Cass, Lunn was a member of the crew attacked by homicidal ghosts in the 22nd Century. Frustrated that Cass wouldn’t allow him near anything which she perceived to be dangerous, Lunn felt like he was missing out on the details when the crew brought an alien space hearse aboard. However, Cass’ overprotectiveness proved to be a valuable asset when having not seen the deadly message, the ghosts showed no interest in attacking him. This enabled the Doctor to deduce the importance of the message in the origin of the ghosts and set him on a course back in time, before the flood.

Clara also sought to put this theory to the test when she sent to Lunn out of the Faraday cage to retrieve her mobile phone, their only means of communicating with the Doctor in the past.

Lunn was secretly in love with Cass and reluctantly admitted this to her when encouraged by Bennett. To his surprise, Cass returned his feelings and the two shared a kiss and the promise of a future together. 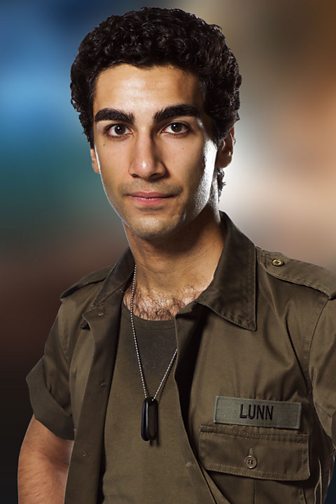