﻿In addition to her Greek heritage, other influences emerged when Nemone recently traced the family tree to prove she could get a Greek passport for her Athens Olympic bid. She found the mix to be Greek, Cypriot, Swiss, Italian, English and Scottish.

Note: Cosmopolitan springs to mind which explains her love for drinking cosmopolitans only tempered by the devastating effects - see best friend Christine for further dirt.

She was born in the Northwest, or to be more precise West Cheshire Hospital, Chester's finest at the time.

After a spell "down south" in Cambridge where they took the Mick out of her accent she gravitated back to Manchester University.

She began her foray into radio modestly on reception at Kiss 102 in Manchester (now Galaxy). While still manning the phones, her telephone manner and an innocent request for tippex from the right source, secured part-time work on the nightly entertainments show. From that to a late night problem-phone-in show to her own Saturday breakfast slot in Leeds at Kiss 105 and she was on her way.

Note: much of salary spent trekking on the M62 - she loved those hills - driving her little car into the ground making the trip between Leeds and Manchester A LOT!

Nemone eventually returned to 'her' side of the Pennines to Galaxy 102 for the Morning Show and back to her beloved Sale Harriers to train for the 400m.

The big smoke beckoned in the shape of Radio 1 offering her a weekend show, soon moving to do maternity leave cover on their morning show.

A quest for the Greek 4 x 400m relay team at the Olympics in 2004 proved too tough a call after 4 years of DJing which severely restricted training. The result being, Greek enough but not quick enough (ref BBC3 documentary 'My Big Fat Greek Olympic Dream').

Sport? - She is silly about it. 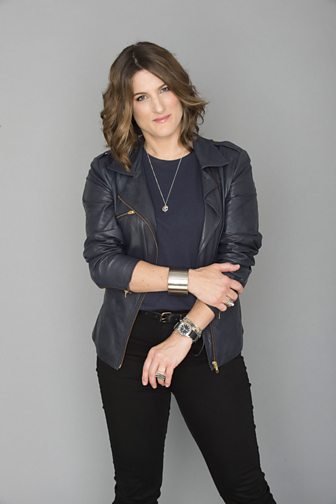