Jonathan is currently a nocturnal host for Radio 3's hopefully happy insomniacs, Through the Night, and by day puts in various appearances on the network. 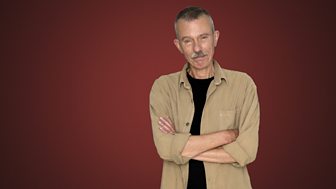 During his teens, Jonathan was fortunate enough to be able to try his hand at several musical instruments, but the gulf between his own efforts and the achievements he could hear very clearly in others appeared unbridgeable. So, developing that critical ear – and a fascination with why a piece of music can move you in the hands of one performer and leave you stone cold in the hands of another – he eventually landed the cherished jobs of writing and reviewing for Gramophone magazine and presenting Radio 3's Record Review, CD Masters and Sunday Morning.

Those are all now past pleasures and privileges. The present ones include presenting Through The Night – which, in 2019, he will have been doing for 20 years.