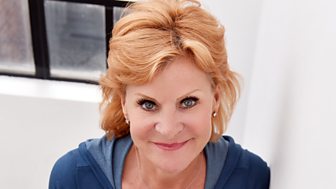 Maria McErlane has been working as an actress/comedian/show off, since women were burned as witches.

She was the 'voice' of Eurotrash and continues to supply sounds for all manner of TV documentaries and commercial nonsense. She worked on The Fast Show and with many comedy Gods/Godesses: Jo Brand, Jenny Éclair, Jack Dee, Sean Hughes, Jeremy Hardy, Mark Steel, Paul Merton, Caroline Quentin to name but a few. She has also served her time in Casualty, The Bill, Holby City and EastEnders. She is a regular contributor to ITV's This Morning and BBC Radio 4's Broadcasting House

Maria was one of the original Young Generation dance troupe and performed with the Black and White Minstrels. (Ok, the last two are made up).

Dame McErlane has had regular columns on Sunday Times Style and Esquire Magazine. She has also written for the Sunday Telegraph, Evening Standard, Daily Mail and Mail On Sunday. Currently working on a book (isn't everyone?) and thinking of a one-woman show.

Maria LOVES radio as you can do it in your pyjamas. Ideally she would like her own show, recorded from her bedroom. A concept she has yet to convince Radio 2 controllers the merits of.

She has been married to Graham Norton for the past 17 years. 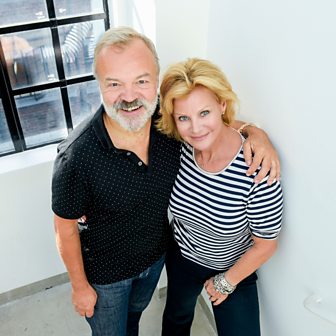