Australian whirlwind Natalie is back with a bang! 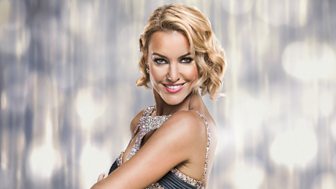 It was back in 2009 that Natalie first graced the Strictly dancefloor, dancing her way to the final with actor Ricky Whittle. The pair scored consistently well with the judges but were beaten to the trophy by just one point. Natalie described Ricky as ''one of the most talented celebrities Strictly has ever seen".

I just want to put in lots of hard work and try to make it past the finishing line!
Natalie Lowe

2010 saw another impressive performance from Natalie, reaching week 11 with actor Scott Maslen. Things got sporty for the next two years, lasting until week seven with boxer Audley Harrison in 2011, and week nine with cricketer Michael Vaughan in 2012.

2013 was a reluctant year off for Natalie after breaking three bones in her foot, but returned in 2014 to dance with celebrity auctioneer Tim Wonnacott, leaving the competition in week four. And in 2015, Natalie teamed up with Ainsley Harriott until their Jive saw them vacate the dancefloor in week five.

Natalie was born into a family of five in 1980 in Sydney, Australia. Her parents weren't dancers, apart from the occasional shuffle around the kitchen table, but she was encouraged by her neighbours to start ballroom dancing at the local Seven Hills RSL club in 1985.

Natalie had her first try-out in 1986. She later decided she wanted to dance with her brother Glenn, an amateur champion who was five years older than her. This meant that she missed out most of her junior years to dance with him and went straight to the adult category.

Together, the siblings competed in many small, intensive trips overseas and had lessons from some of the world's best teachers. Natalie was planning to move to Europe to further her dance education and training, but due to a family illness she stayed in Australia. What she didn't realise at the time, was that this would be the start of her Strictly story, as she was picked to be a regular dancer on Dancing With The Stars in Australia.

When Natalie's not dancing, she has a whole host of hobbies and interests to keep her occupied including fishing, surfing, camping, water-skiing and walking her labrador. 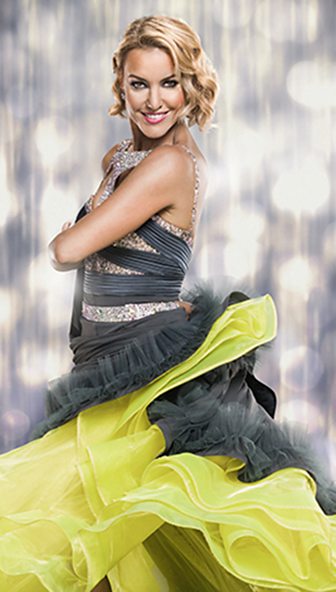