Nefertiti was the queen from ancient Egypt who flew to the future, facing pre-historic danger by the Doctor’s side. 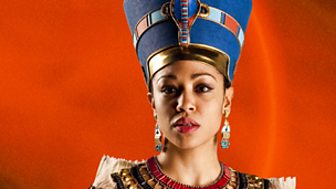 In 1334 BC the Doctor saved Nefertiti’s people, defeating a weapon-bearing, giant locust attack ‘rather brilliantly’ (even if he did say so himself). That victory intrigued and excited the queen and eager to see more of the Doctor’s universe and spend time by his side, she foisted herself on the Time Lord, traveling with him to the Indian Space Agency and standing shoulder-to-shoulder with him during his battles on the Silurian spaceship.

Nefertiti was a proud and resolute woman. When Riddell declared he didn’t take orders from females, she snapped, ‘Then learn… Any man who speaks to me that way – I execute!’ She was capable of great courage and was prepared to sacrifice herself for her friends when Solomon demanded to take her as his ‘bounty’. But she also displayed a softer side, eventually warming to Riddell. She accompanied him back to Earth, spending time with him in his camp on the African plains after their adventure in space. 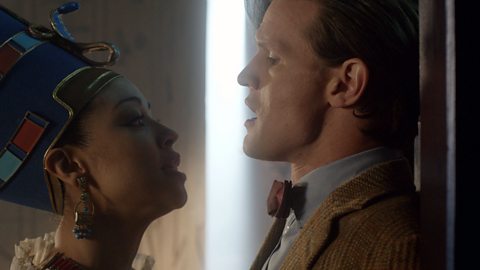 Dinosaurs on a Spaceship: The Doctor and Queen Nefertiti.

The Doctor has made quite an impression on Nefertiti and she's not about to let him go... 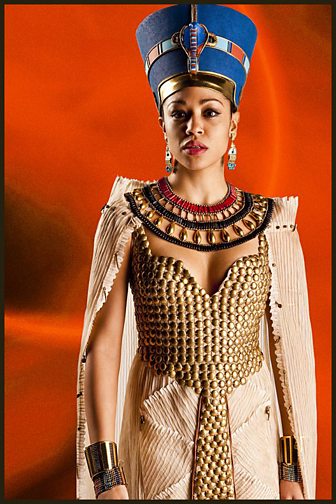