Anita Rani presents Woman’s Hour on Fridays at 10am and the weekend edition on Saturdays at 4pm. 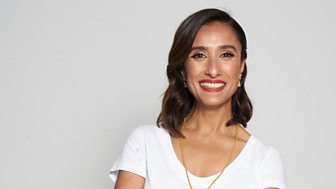 An RTS Award winning broadcaster with a career spanning nearly 20 years, Anita Rani is a hugely popular presenter with TV audiences. As one of the lead presenters on BBC One’s Countryfile, Anita has become a familiar face on British television whilst also presenting a range of explorative documentaries for the BBC including Bollywood: The World’s Biggest Film Industry; My Family, Partition and Me: India 1947, War On Plastic with Hugh and Anita alongside Hugh Fearnley-Whittingstall, social history series Saved by a Stranger as well as hosting the quiz show The Answer Trap on Channel 4.

Anita’s TV projects have included presenting Channel 4’s Britain’s Best Parent?, appearing on Celebrity Gogglebox alongside her Father and presenting Beneath The Crown, a YouTube series for Netflix described as the ultimate viewing companion to the latest series of the hit show, The Crown.

Growing up in Bradford, Anita had her own radio show on Sunrise Radio at the age of 14, joining the BBC’s Asian Network in 2005 and covering numerous slots for BBC Radio 2.

Anita’s memoir, The Right Sort of Girl is published July 2021. 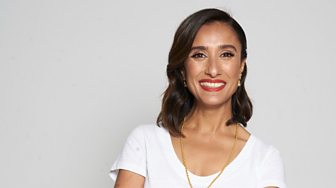