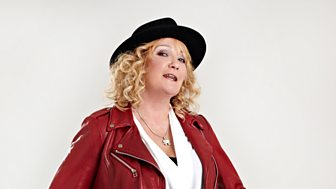 Janice Long became a national broadcaster when she joined BBC Radio 1 in 1983. With a trunk full of records she headed to London and became the first woman to have her own daily show on Radio 1. Her passion for discovering new talent and current affairs made the award-winning Janice Long show a must listen for spotty youths across Great Britain. Those youths and new youths now tune in to her four nights a week on the country’s most listened to station - BBC Radio 2.

Summed up recently, The Radio Times quoted “This woman has made a seamless segue from Radio 1 to Top of the Pops to a late-night slot on Radio 2 without any dampening of her passionate fire for music, old and new. Her knowledge of music is encyclopaedic; audience engagement remains her motivation. And, lest we forget, it was Janice who championed Primal Scream and was the DJ who gave Amy Winehouse her first radio session.”

Janice’s dedication to promoting new talent was recognised when she was presented with Woman of the Year for her outstanding contribution to the music industry. Other bands and artists she has given a first break to include The Smiths, Frankie Goes to Hollywood, Adele, Amy MacDonald, Scouting for Girls, Richard Hawley.

Janice is a patron to LIPA, founded by Paul McCartney, and a judge for the Mercury Music Awards.

Acting has been a dream for Janice ever since she started practicing at the age of eight or nine. She was a member of Merseyside Youth Drama and acted leading roles alongside Sue Jenkins, Dean Sullivan. But life took a different turn and she promised herself she would turn to it when older. Then last year she appeared in a Radio 4 play written by Roy Boulter and Louise Wener, Janice played herself alongside Joe Absalom. So any further suggestions?

Most recently Janice returned to her roots to live with her family in Merseyside and now presents her Radio 2 show from Salford. She absolutely loves being back.

Past & Present TV work
Janice reviews the Papers at the weekend for BBC News. She recently narrated BBC 4’s “How to Make a Number One Record” and has just been interviewed for “The Story Of Independent Music.”
Career highlights for Janice must be being the first female presenter of Top of The Pops in the 80’s and a main host presenter for Live Aid. 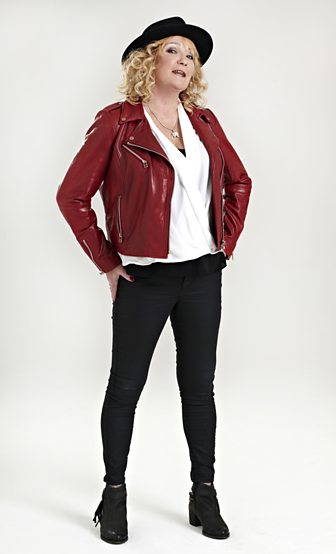