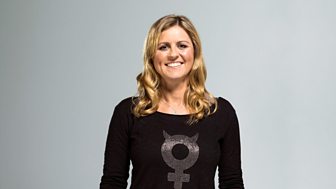 Sabine Schmitz is a German racing driver who is already well known to fans of Top Gear. She grew up in her parents’ hotel just 300m from the legendary Nürburgring track and has spent her life surrounded by cars and racing. She became the first woman to win the prestigious Nürburgring 24 hours in 1996 and repeated the feat a year later.

Sabine became known as the ‘world’s fastest taxi driver’ by driving passengers around the track in a BMW M5 and has since presented several motoring shows for German TV. She has appeared on Top Gear several times over the years, becoming a firm favourite with viewers. She still races successfully today and runs her own race team. Also known as Queen of the Nürburgring, Sabine drives so fast, that most of those who get in the passenger seat of her car end up feeling pretty ill.

Any particular highlights that viewers should be looking out for?
A couple of sick people in my passenger seat…

The first filming day was in California with Chris Evans. Like a first date with plenty of cameras
Sabine Schmitz

Who would you say is your racing legend?
Eddie!

Fastest you’ve ever gone in a car and when?
Bugatti Veyron, nearly 400 km p/h.

What is the best car you’ve ever driven?
Mercedes 190E 2,5- 16 Evolution (DTM Car on the Nordschleife)

What was the first car you drove and how old were you?
BMW 216i when I was 16 years old.

Earliest car memory and your age then?
When I was around five I had to drive on the back seat in my Dad’s car around the Nordschleife. It was a purple Ford Granada. The scariest moment in my life!

How many cars do you own today? And do you have any favourites?
I own a Porsche 997 GT3 RS, Ford Ranger Wildtrak, a John Deere and a Fendt tractor. The Fendt is my favourite. The best way to relax…

What is it about cars that fascinates you?
I really don’t care how a car looks - if it’s a sports car it has to have a good handling. If it’s not a sports car it has to be good for the purpose you bought it for. Driving an SUV to go shopping in town doesn’t make sense to me. I love cars with pure driving skills. The fascination is the response you get while driving it. A car can be very human!

Who was the first person you told about your new gig on Top Gear?
The message from producer Jim Wiseman reached me via Facebook and I was very happy for the opportunity to be part of the all-new Top Gear! I phoned my friend Klaus first and I told him that I will be more on the run now… he asked me: “more? There can’t be more…”

What was your very first day of filming like for Top Gear?
The first filming day was in California with Chris Evans. Like a first date with plenty of cameras. Just natural talking while driving on one of the best roads in the States, in a superb car!

Has filming with Top Gear taught you something you didn’t know about cars?
Sure, there is so much to discover. There is no limit… you will see! 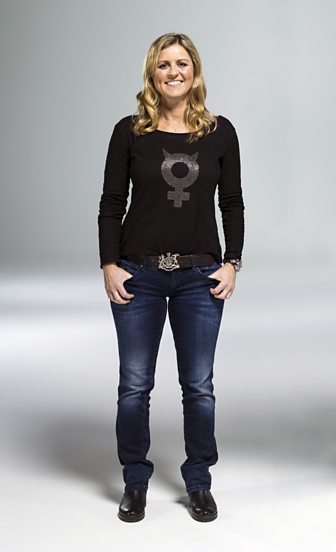