Letters gained his name by reading letters for the other convicts who cannot read or write. Letters has a secret, in that he cannot bear to break people's hearts by telling them exactly what is in the letters that they bring to him, so he invents a happy fantasy as he goes along. What is the point of taking someone's hope away by telling them that their girlfriend has run off with a farmer and never wants to see them again? He knows himself what heartbreak is like. 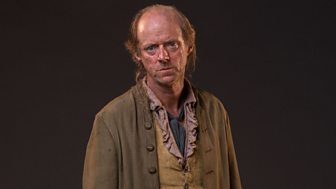 "Letters Malloy is a convict. He happens to be the one who’s quite educated. He can read, so he reads and writes other people’s letters for them. He’s really quite saintly, very unassuming, no ego; his main concern is helping other people. I call him a saint and a scholar - and also a little bit of a liar. Let’s just say that when somebody gets a letter that says, “I’m leaving you for another man,” Letters reads it out as, “I will always be true to you my darling.” But his main concern is other people’s welfare, so he’s trying to make harsh reality into something a little bit more palatable and that’s what gets him into trouble along the line."

Ned Dennehy is an Irish actor who has made appearances in Harry Potter and the Deathly Hallows and Peaky Blinders. He has also starred in Parade’s End and Luther. 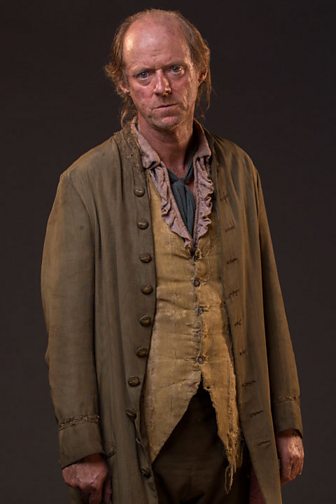