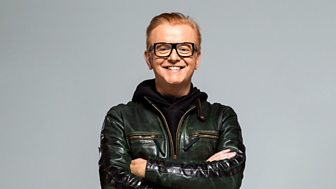 Chris is one of Britain's most high-profile and successful presenters. He was born in 1966, in Warrington, England. His entrepreneurial zeal emerged at an early age, when he ran the local newsagent in his home town of Warrington and set up his own Kiss-o-gram and Private Detective agencies. He started his broadcasting career at Piccadilly Radio then moved to GLR, where his infamous Round at Chris's Saturday morning show attracted a huge cult following, and he later took the format to Virgin 1215.

My first car was a Triumph Spitfire Mk3. It was green and I painted it red. I absolutely loved it - I used to leave it open every night so the vinyl roof didn’t get slashed
Chris Evans

Chris dived into the nation's mornings in September 1992 with the Big Breakfast, spearheading an early morning extravaganza alongside Gaby Roslin. His name became synonymous with the television story of the decade, and within weeks The Big Breakfast topped 2 million viewers - making Chris a national star.

In 1993, Chris formed his own company called Ginger Productions to formulate a brand new variety show for Saturday nights: Don't Forget Your Toothbrush. Devised, written and performed by Chris, saw ratings peak at 6 million viewers. News of the totally original format resulted in a global clamour for the rights, which to date have been sold to networks throughout all over the world.

Under the Ginger banner, Chris revitalized BBC Radio 1 with his Radio 1 Breakfast Show before bowing out to concentrate on his unique end-of-the-week TV show on Channel 4, TFI Friday. TFI ran for five years, before finishing on 22 December 2000.

Chris has been a presenter on BBC Radio 2 for more than 10 years, and in 2010 he took over the station’s Breakfast Show following the retirement of broadcasting legend Sir Terry Wogan. His show is the UK’s most listened to – with over 10 million people tuning-in. He also presented the BBC’s TV magazine show The One Show on Fridays and has hosted the UK music industry’s BRIT Awards on four occasions. In 2012 he launched ‘CarFest’, an annual cars, music and food festival, which has raised more than £5.5 million for Children In Need. Chris is a motoring columnist for the UK’s biggest-selling Sunday newspaper, The Mail on Sunday, and the author of several best-selling books, his latest entitled Call The Midlife was published by Orion Books in October 2015.

In June 2015, Chris celebrated the 20th anniversary of TFI Friday with a one-off special for Channel 4, which resulted in a full series being commissioned for Autumn 2015 culminating in a NYE extravaganza. Now Chris is at the helm of Top Gear which is, according the Guinness Book of World Records, the biggest factual TV show in the world. 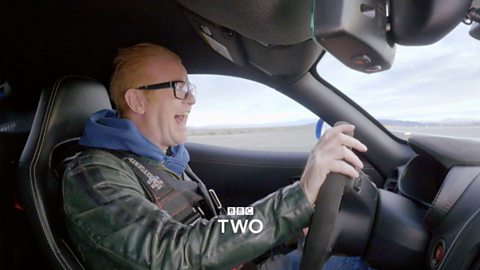 "That's going to be a handful to drive"

Chris takes a spin in the Dodge Viper ACR 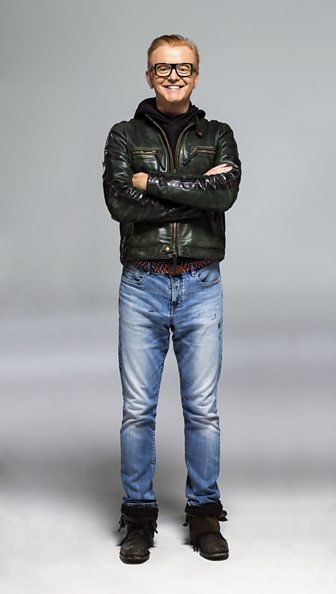