Funny, charming and dashing, Sam Swift is the Knightmare’s main rival in the highway robbery game. 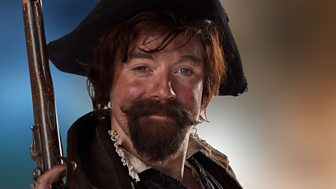 When Sam and his gang ambush Ashildr and the Doctor, determined to scare them off their patch, they’re outwitted by the pair and flee in fear for their lives.

Aye for while you laugh, I live….

When it’s time for Sam to face the noose at Tyburn, he greets it with bravery, wit and humour, using his terrible jokes to delay the moment of his death. The Doctor joins in with Sam’s gallows humour and manages to earn him a pardon. But it’s not to be, as Ashildr uses the amulet to end Sam’s life and open the portal.

When the full scale of Leandro’s plan is revealed, and Leonian ships appear through the rift, the Doctor realises Sam Swift's death must be reversed to close the portal. Ashildr uses her spare immortality charge to cancel out Sam’s death - the portal is closed and Sam is saved - whether he has become immortal remains to be seen! 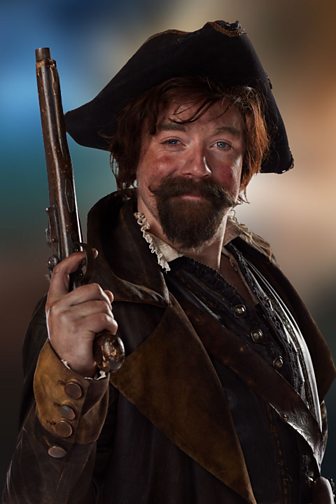