Everything you need to know about the BBC Philharmonic 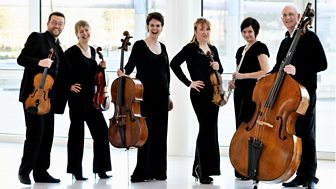 The BBC Philharmonic is based at MediaCityUK in Salford and performs an annual season of concerts at Manchester’s Bridgewater Hall, as well as giving regular concerts in Hanley, Leeds, Kendal and other venues across the north of England.

Who's who in the BBC Philharmonic

If you would like to apply for extra work please upload your CV as a PDF to this dropbox link . This will be shared with the relevant panel. We will get in touch when the next run of auditions take place.

﻿The orchestra rehearses at its own purpose built studio in MediaCityUK, Salford, where it also records programmes for BBC Radio 3 and CDs for Chandos Records.

You can apply for free tickets for concerts in the studio at bbc.co.uk/tickets where you can also sign up to the BBC Shows mailing list. Select 'Music' as one of your preferred categories and you will be sent an email when ticket applications are open for BBC Philharmonic concerts.

A partnership with Salford

Since 2007 the BBC Philharmonic has been supported by Salford City Council. The association was established as part of the opening of the BBC's new base in the North at MediaCityUK, Salford Quays, and has led to new projects and collaborations in which music lovers from across the city can get involved with orchestral music.

The BBC Philharmonic's Salford Family Orchestra was established in 2009 and has enabled hundreds of amateur musicians to perform at events including the BBC Proms and the BBC Philharmonic’s Family Concert at The Bridgewater Hall.

Players from the BBC Philharmonic have performed out and about in the Salford community, in venues as diverse as St Phillip’s Church to Islington Mill, and in nursing homes, canteens and factories. Musicians and ensembles regularly undertake ‘community tours’ of small venues in the city each year.

The orchestra has also developed a close working relationship with Salford Music and Performing Arts Service (MAPAS), creating opportunities for young musicians to develop their skills, confidence and career aspirations and offering them new performing platforms.

Positions within the orchestra are extremely competitive and are subject to auditions and a trial period. All vacancies are advertised on the BBC Jobs website.

For further information about auditions and trials please email philharmonic@bbc.co.uk. 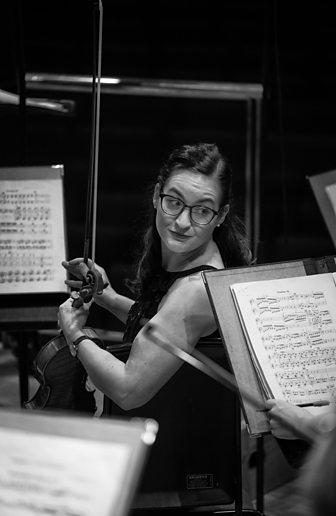