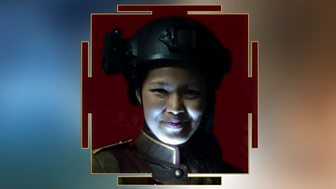 Commander of the Triton military rescue team dispatched to investigate why Le Verrier base had fallen silent, young Nagata has a lot of responsibility on her shoulders. Keen to enforce protocol, protect her crew and complete her mission without incident, no nonsense Chief Nagata is dedicated but inexperienced. When her team encountered the Doctor and Clara on Le Verrier, Nagata instantly assumed that they had something to do with the disappearance of the station’s crew, but with the Doctor’s help she soon discovered that the truth was far more sinister…the crew had been consumed by their own sleep dust! Having taken the Morpheus process for granted whilst on Triton, Nagata was horrified to discover that the pods also evolved human sleep dust over time to become a sentient lifeform in the shape of the Sandmen.

I said we don’t have helmet cams

Nagata was instrumental in helping the Doctor to determine that whilst the lumbering Sandmen appeared blind, their visual receptors were being hijacked by the dust, the result of which was that everyone who had used the Morpheus pods was now a spy for the monsters! However, neither she nor the Doctor fully came to understand who was really collating this data and why…

Nagata was ultimately the only one of the Le Verrier crew or rescue team to survive the Morpheus incident. 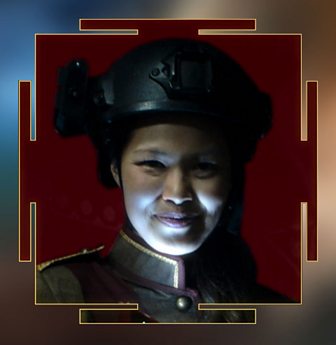