Sam Trull is a committed wildlife conservationist with the credentials to match. 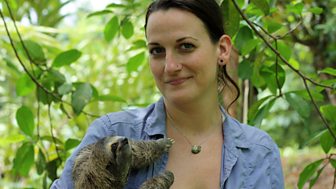 She’s the co-founder and Sloth Director of The Sloth Institute in Manuel Antonio, Costa Rica. Sam also works closely with Kids Saving the Rainforest, a rescue and rehabilitation centre in the Costa Rican rainforest, where she cares for and rehabilitates sloths that are sick or orphaned, for release back to the wild.

Sam’s passion for working with animals started as a teenage volunteer at the Duke Lemur Centre, Durham, North Carolina, where she worked for over 10 years. She has a Bachelor’s degree in Zoology and a Master of Science in Primate Conservation from Oxford Brookes University in the UK.

After many expeditions to countries like Madagascar, West Africa and Central America she settled in Costa Rica as the Wildlife Manager at Kids Saving the Rainforest. It’s there that she realized her passion for working with sloths and co-founded The Sloth Institute. Sam doesn’t just live for sloths; she lives with sloths and has given up her creature comforts to live in the Costa Rican jungle in a specially adapted sloth friendly house. It’s not a life for the fainthearted but Sam will stop at nothing to make the world a better place for these beloved mammals. 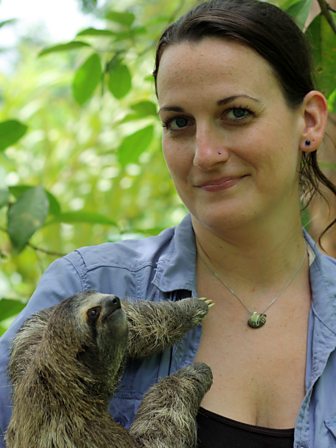