Born - Belfast, 1973. Stephen started his career on BCR which later became Belfast CityBeat, before he joined BBC Radio Ulster in 2003. 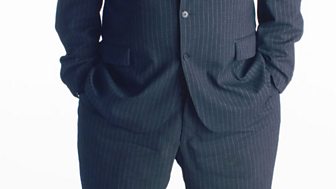 Stephen's no-nonsense approach to tackling the news has not only led to him hosting the most listened-to radio show in Northern Ireland - but it has also brought a flood of national awards to the 43-year-old Belfast-born broadcaster.

Nolan has won an astonishing seven Gold Awards in the Sonys - radio's equivalent to the Oscars - the most ever handed out in the history of the awards. These include UK Speech Broadcaster of the Year and best Sony UK Interactive Show three years in a row.

He has also gained success as a television presenter, being voted the Royal Television Society’s Presenter of the Year in 2005 and 2006. Stephen has presented a variety of TV programmes including the very popular NolanLIVE TV show.

Stephen specialises in making news accessible and exciting to the public.