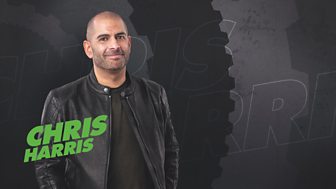 Chris Harris joined the Top Gear presenting line-up in 2016 for Series 23. He brings the finest motoring expertise (and an occasional woolly jumper) to Top Gear, thanks to an extensive history as a car journalist and racing driver. If you’ve picked up a car magazine or clicked around an automotive website in the past decade and a half, chances are you’ve seen a fun-size man with outsize driving talent, power-sliding the very best cars the world has to offer.

He is probably best known for his popular YouTube channel, Chris Harris on Cars which he launched in 2014, and established with the help of long-time friend Neil Carey, the channel now has over 426k subscribers. Chris currently presents the online car review series Chris Harris Drives for topgear.com.

With hundreds of thousands of online followers, Harris is the go-to for brutally honest, no-holds-barred automotive journalism. And that’s backed up by the fact that he’s actually pretty handy behind the wheel – his experience (and talent) in single-seater, historic and endurance racing means that it takes a very special car to earn the Harris stamp of approval.

That said, a laundry list of cars have vied for it – from brutally quick road cars like the Ferrari F12 tdf and Bugatti Chiron to impossibly exclusive track weapons like the Aston Martin Vulcan and Ferrari FXX-K. And pretty much everything else with a steering wheel.

Over the years, Harris has put his money where his mouth is (not literally; that’d just be strange) and bought modern classics like the Lamborghini Gallardo and Ferrari 599. But the car closest to his heart? That’d probably be either his customised ’72 Porsche 911, nicknamed Kermit or his 1957 Citroen 2CV. 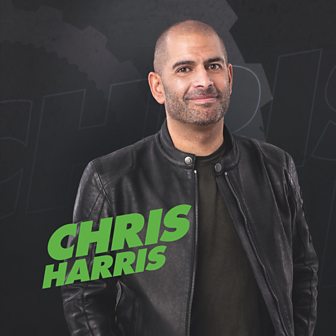