Ellie shares her secrets on making the series 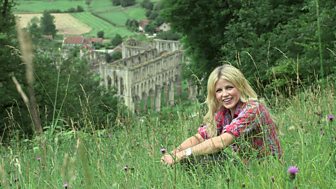 Secret Britain is based on secret places and stories suggested by viewers of sister programme Countryfile. What was your favourite 'secret' you shared about yourself?

Ellie Harrison: Being claustrophobic in wetsuits. 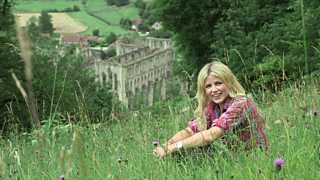 When we went gliding in Yorkshire, I had assumed it would be a wonderful ballet-like contraption floating silently through the air but it was a creaking, hulking machine at the mercy of the weather!
Ellie Harrison

You were both given some fairly challenging things to do in Secret Britain. Was there anything you really didn't like doing and why?

EH: The squeeze in the Welsh cave was really unpleasant.

When we went gliding in Yorkshire, I had assumed it would be a wonderful ballet-like contraption floating silently through the air but it was a creaking, hulking machine at the mercy of the weather which I wasn’t keen on at all. The pilot had suggested I look out for other aircraft getting too close so I thought I was Tom Cruise calling out 'bogeys on our tail'.

In the Brecon Beacons, you said you'd like to see Adam in a superman outfit… Is this true and has it happened yet?

EH: Not true. I must have been delirious.

What magical sites send a shiver down your spine?

EH: The witches pool in south Wales still makes me very sad. It isn’t hard to imagine women being persecuted by ignorance such a short time ago.

What can't you live without on a shoot?

EH: Mascara. I look like Boris Becker without it.

What snacks are a must on busy filming days?

EH: Anything with calories in it. It’s a tiring day.

What is your earliest countryside memory?

EH: Pulling ragwort for the farmer next door who had broken his arm.

You get a tip off about a truly secret wild place but you can only take one person with you – who would it be?

In Yorkshire, Adam suggested you get a mini Stonehenge for your garden. What else from the British countryside would you want in your back garden?

EH: As much of it as possible. Land enough to support beavers, raptors, wilderness.

It looks like great fun travelling around the British countryside, but what's the hardest part of your job?

EH: Looong days, especially in the summer when there is so much light to use. We had a few 4am starts. And being away from home.

EH: To write an album.

Which words or phrases do you most overuse?

What is your 'secret' guiltiest pleasure?

Adam had a memorable encounter with a lazy horse at a cattle ranch in Scotland, have you had any other funny animal encounters?

EH: Not on this series. But I’ve been chased by a komodo dragon for a children's series I did. A bite from them and you’d be full of bacteria.

You both get on famously but if there's one thing you could change about the other, what would it be?

EH: We’re quite different: Adam is a country sportsman and I’m a tree-hugger, but we take the mickey out of each other about it. Adam's a showman. His dad was on TV, his uncle is an actor and his grandfather was an entertainer. Whereas I’m pretty shy and find all that very hard.

If you weren't King and Queen of the countryside, what other career path might you have taken?

EH: Working in conservation, or politics. Vote for me! 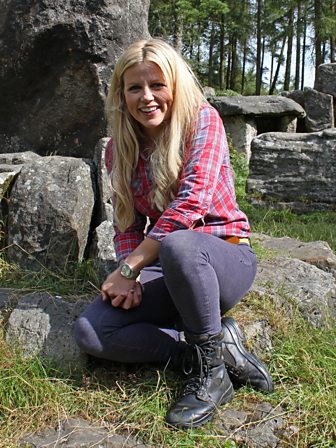