One of the founders of Time Lord civilisation, who has also come closest to destroying it. 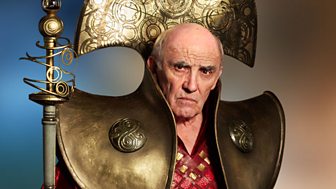 Rassilon was one of the founding members of Gallifreyan society, revived during the Time War to lead his people in their battle with the Daleks. As the war progressed and victory seemed ever more impossible, Rassilon became increasingly ruthless and determined to avoid death and the destruction of Gallifreyan society. In this context, the President formulated ‘the Final Sanction’ which would destroy all creation and elevate the Time Lords into beings of pure consciousness.

When the War Doctor learned of this plan, he stole ‘the Moment’, and used it to destroy Gallifrey and the Daleks to end the Time War. However, when the Doctor later found a way to save Gallifrey by freezing it in time in a pocket dimension, Rassilon and the rest of the High Council became trapped.

Now regenerated, the President authorised a plan to contact Ashildr and have her assist in the kidnapping of the Doctor and trap him within his own confession dial in an attempt to learn everything that he knew about the Hybrid, a creature prophesised to stand in the ruins of Gallifrey and seemingly the final threat to Gallifrey’s security.

The Doctor’s refusal to relent led to his being trapped inside the dial for at least four billion years. On his escape, the Doctor finally returned to Gallifrey. Threatened by the Doctor’s presence and still desperate for information on the Hybrid, the President ordered first troops and then the High Council to make contact with the Doctor.

However, the Doctor was only willing to speak directly to Rassilon himself and eventually the President was forced out into the desert to confront him. There the Doctor held him alone responsible for the crimes of the Time War. Despite his threats, Rassilon was forced to concede defeat to the Doctor when the entire Gallifreyan army defied him and pledged allegiance to the Doctor. The President was last seen in a ship leaving Gallifrey at the Doctor’s insistence, his destination unknown. 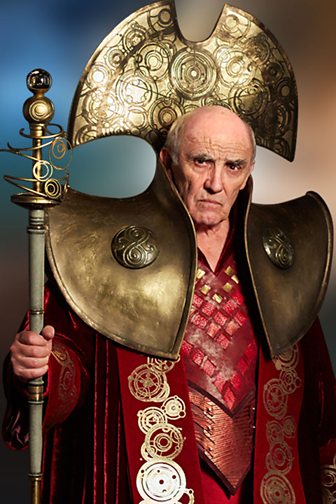