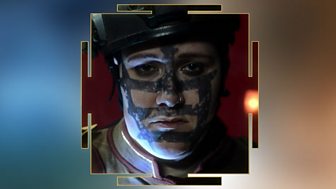 Only 5 years old at the time of boarding Le Verrier station, 474 was an artificially cloned ‘Grunt’, bred in a hatchery, identified by the clear markings to her face. Bred for brute force, these cloned muscles were issued to serve and protect the rescue team searching for survivors aboard the doomed space station orbiting Neptune. However, despite being a proficient fighter, 474 suffered from low intelligence, the most obvious result being in the way she missed out words when speaking, to the frustration of those communicating with her.

Unknown to everyone else on the station at the time, 474 did have an uncanny ability to sense that the rescue team were in some way being watched, even though there were no obvious cameras, as the Doctor later proved when he showed the sentient dust was ‘seeing’ and recording the movements of everyone on the station.

474 had developed a romantic attachment to colleague Chopra, although he did not return such affections and found it difficult to see past the fact that she was a Grunt. However, Chopra was soon grateful for 474’s skills, strength and loyalty when she sacrificed herself to save Chopra from becoming trapped between the Sandmen and damage to Le Verrier station. 474 died knowing that Chopra had come to admire and respect her…but ultimately this Grunt was just another victim of the dangerous Rassmussen experiment. 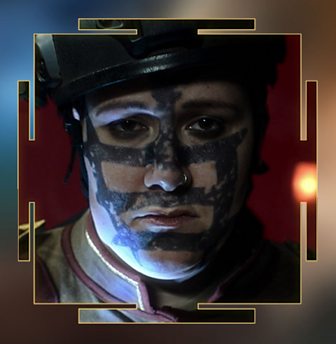