Aiden left the Grill Room at Dorchester for a pub in Cheshire and is a big champion of British food. 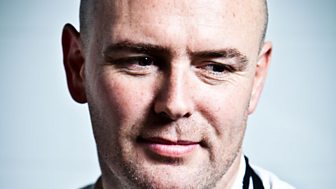 Aiden Byrne comes from a very humble background and wanted more than the council estate fish finger sandwiches on offer in Kirby. He excelled in Home Economics at school; twice winning student of the year. By his own admission, Aiden is obsessed with food and confesses that it’s the only thing he’s ever done well at.

During his summer holidays from College; Aiden worked for free at the Stanneylands Hotel in Cheshire where his understanding and knowledge of food improved considerably. After a spell at London’s Royal Garden Hotel he left to join Adlards Restaurant in Norwich. Aiden was made Head Chef at the tender age of 22 after commenting that the standard of food seemed to drop whenever the boss was away. There, his meticulous cuisine won back Adlards’ Michelin Star and even won him an award.

Aiden went on to work with many acclaimed Chefs in his career including a time as Sous Chef to Tom Aikens at Pied a Terre, whom he describes as a ‘genius’ and Aiden has on many occasions been described as Tom Aikens’ ‘protégé’. Aiden left to work in Ireland for 5 years, re-joining Tom at his self-titled restaurant Tom Aikens. After a challenging period and being put through his paces, Aiden was installed as Head Chef.

After leaving Tom, Aiden then went on to do a spell at Danesfield House Hotel before joining The Dorchester as Head Chef of The Grill Room where his brother also joined him, a huge turnaround for a lad from Kirkby. He’s always had a yearning to come home though, and when re-writing the menu for a pub being purchased by his girlfriend’s parents; Aiden loved it so much that he bought the lease. The food he is serving up at The Church Green is British but not as highbrow as The Dorchester. Aiden feels he gives his diners exactly what they want. He is soon to open a high end restaurant in Manchester whilst The Church Green goes from strength to strength.

Aiden is keen to further his progress in the competition after losing in the regional heats to Simon Rogan last year. Although humble, he believes he raised the bar in terms of North West chefs and despite being softly spoken, Aiden is fiercely ambitious and competitive, so is looking to drive on this year and win. 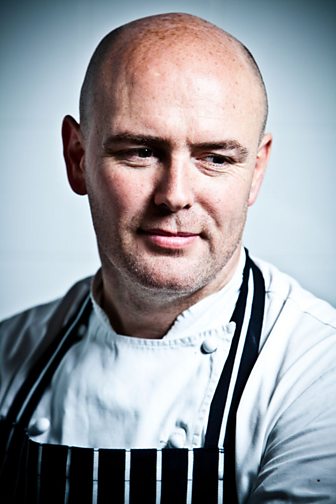