Yalda Hakim joined BBC World News in December 2012 as a presenter and correspondent. 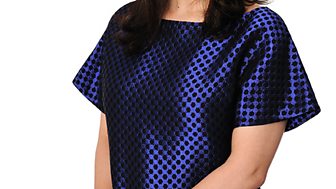 She made her on-screen debut in March 2013 presenting a special three part series of Our World entitled, Iraq: Ten Years On.

Before joining BBC World News Yalda was the presenter of SBS Dateline in Australia. From a headline-making investigation in Afghanistan's Kandahar province to her reporting from Libya during the Arab Spring, Yalda has built up a wealth of journalistic experience around the world.

While reporting for SBS's Dateline show for the last four years, Hakim delivered stories from the Middle East, the United States, Africa and Europe. In March 2012, Hakim was the first western journalist to visit one of the villages in Afghanistan’s Kandahar province, where US soldier Staff Sgt Robert Bales is alleged to have shot and killed Afghan civilians.

Hakim's report "Anatomy of a Massacre" traced the steps of the rogue soldier to help shed new light on the events of that night. It made headlines around the world, particularly in the United States, with extensive coverage across the major news networks.

Other career highlights include interviewing the President of Afghanistan, Hamid Karzai, and travelling with him to Pakistan for talks with President Asif Ali Zardari and Iran’s leader Mahmoud Ahmadinejad about peace in the region. She was also on the ground in Libya as the people fought for freedom from Gaddafi's rule, and reported on the resulting refugee crisis in Tunisia as thousands fled the conflict.

She presented Dateline from a range of locations including from Ground Zero in New York as the world marked ten years since the 9/11 terror attacks; from the streets of Juba, South Sudan, as thousands celebrated the new country's independence, and from Afghanistan ten years into the US-led invasion, where she interviewed a failed suicide bomber in one of the country’s most notorious prisons.

Hakim was born in Afghanistan and moved to Australia in the late 1980s after her father fled Kabul with his family when Russia invaded. She began her career as a cadet journalist at SBS's World News Australia. She filmed her first story for Dateline in 2008 called "Yalda's Kabul", where she returned to Afghanistan. Hakim was also a finalist for the Australian Young Journalist of the Year Award and won the United Nations Media Peace Prize for Best Australian Television News coverage in 2009.

As well as English, Hakim speaks five other languages including Farsi, Urdu, Hindi, Pashto and Dari, and is currently learning Mandarin. 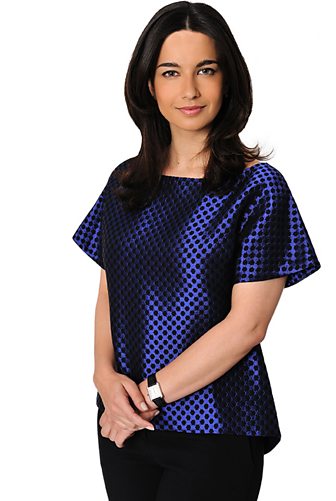