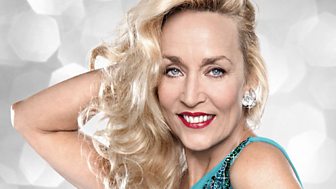 Jerry is one of the most iconic and recognisable faces of the modelling world. Standing at six foot tall, with her trademark, long golden hair, Jerry is a woman who makes an entrance where ever she is. Add glittering ballroom gowns to the mix and you surely have one of the most dazzling contestants Strictly Come Dancing has ever seen.

I’ve dressed as Marie Antoinette. That was a lot of fun.
Jerry Hall

Jerry was born in Gonzales, Texas, but left home at the age of 21 to pursue a modelling career in New York. She was, however, eventually discovered by fashion agent Claude Haddad whilst sunbathing on a Saint Tropez beach and so began her career as a world famous model.

As well as being an international supermodel, Jerry acted in Tim Burton’s Batman movie and on stage in a number of productions, including a West End production of The Graduate.

Jerry has traveled the world being photographed and directed by some of the world’s most influential photographers and directors. In fact, Jerry is such a huge star she even has her own waxwork in Madame Tussauds, as part of the Warhol’s Women exhibition… let’s hope she doesn’t melt under the pressure of the judges! 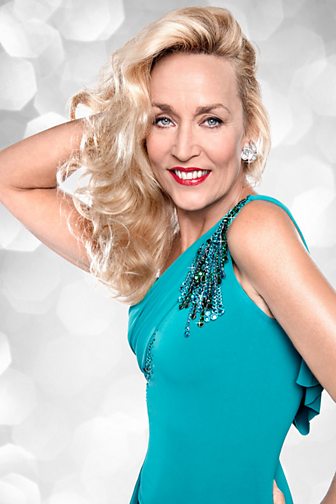