Having survived polio as a youngster, Ade has gone on to compete as a wheelchair basketball player on an international level and has a wealth of TV presenting experience. Ade investigated the proposed government cuts to the Disability Living Allowance (DLA) for Channel 4’s Dispatches and he fronted a film for Channel 4’s Unreported World, which saw him travelling to Cuba to investigate the fascinating scandal of the defecting Cuban sports stars - a story that gets to the heart of Cubans’ uneasy relationship with their regime and its recent reforms.

Ade Adepitan: Journey of My Lifetime found him returning to his country of birth, Nigeria, to look into why it remains one of the only countries in the world where polio is still endemic.

Ade is also a reporter for The Clare Balding Show.

In 2012, Ade spearheaded all things Olympic/Paralympic for the London Games. He fronted the Bafta-winning daily coverage of Channel 4’s Paralympic programming alongside Clare Balding and appeared on The One Show for the BBC in the lead-up to the Games - through a series of films and studio appearances. He remains a regular face on The One Show and made a series of short clips for them about cycle paths around the UK.

Sports presenting credits include four series of That Paralympic Show, British Basketball - Game On, and the Eindhoven Swimming Championships for Channel 4; interviewing big name stars at the O2 for NBA Europe Live, as well as at The All-Star Game in New Orleans.

He travelled to the Beijing Paralympics for the BBC in 2008 to commentate on the wheelchair basketball and covered the Basketball Final for the Paralympic World Cup for the fourth year running. He has previously covered the European Championships for BBC Two’s Grandstand and reported for BBC One’s weekly Sportsround series. Ade hosted his own documentary for Radio Five Live, called A Pair of Trainers, which saw him follow the personal progress of two unlikely fitness candidates.

In 2006 he reported for ITV1’s The Boat Show from the Atlantic Ocean. And he regularly reported for BBC Ones’s Holiday series, having travelled to France, scuba-dived in Mexico, gone on safari in Kenya and the Gambia, skied in Canada and America and filmed in Bonaire and Curacao in the Caribbean.

He took on a new challenge in 2006 with his first principle acting role for BBC One’s popular kids’ drama, Desperados. He has also appeared in Brit feature film Freight, ITV1’s Hardware and BBC One’s Casualty.

In 2005 he took part in Beyond Boundaries, a four-part documentary series for BBC Two, which took him on the trek of a lifetime across the rainforests, deserts, rivers and mountains of Nicaragua.

An instantly recognisable face, Ade appeared in the high profile idents for BBC One and presented BBC’s daily X-Change programme for five years. Other credits include Tiger Tiger for Channel Five, where Ade reported on endangered species from around the globe. Highlights included riding elephants while looking for tigers in India and swimming with sharks in Australia, while personal triumphs included overcoming his fear of water and night walks in the depths of the African jungle.

He also presented Dream Ticket for LWT in which he explored Jamaica and went diving in the Seychelles.

Ade has done a number of high profile public speaking engagements including the launch of the 2012 Olympic bid at the Royal Opera House alongside Tony Blair.

He works extensively in the UK giving motivational speeches to schools, charities and businesses including The Royal Mail, BUPA, NSPCC, BAA, Lloyds TSB and BT.

In January 2005, Ade performed a poem with Stephen Fry detailing the plight of children with disabilities, at The Holocaust Memorial in Westminster Abbey in front of the Queen and other luminaries.

He has represented Great Britain at the Olympics in Athens 2004 (Bronze) and Sydney 2000, plus competing in The European (Silver) and World Championships (Gold). Ade’s energy and enthusiasm comes through in everything he does, making him an ideal ambassador for the NSPCC as well as patron for The Association of Wheelchair Children and Scope. Ade was an Ambassador for London’s 2012 Olympic bid and now sits on the advisory board of LOCOG. He was also a consultant for Channel 4’s Paralympic coverage.

In 2006, Ade was given an honorary doctorate from Loughborough University and had the honour of being awarded an MBE for his contribution to disabled sport in the Queen’s 2005 Birthday Honours. In 2010, Ade was awarded the Lifetime Achievement award from the University of East London.

In 2007 Ade took on the challenge of the London Marathon, which he completed in just over two and a half hours.

Not one to sit on the sidelines, Ade’s new sporting passion is wheelchair tennis. He can often be seen at Roehampton early in the mornings practising his killer serve! 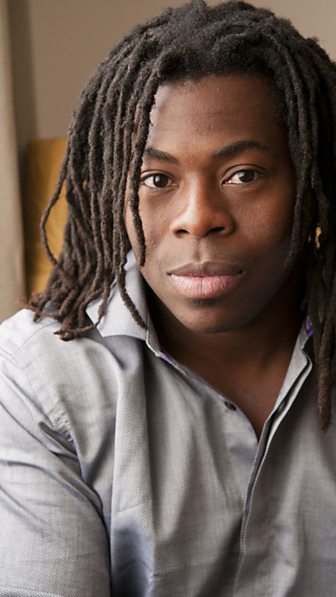