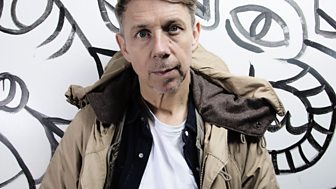 Gilles' broadcasting roots lie with the burgeoning pirate radio movement in South London during the early 1980s. Inspired by the exciting blend of music broadcast on pirate stations such as Radio Invicta, he set up his own - Civic Radio - and then succeeded in bagging himself a slot on Invicta in exchange for his fully-functioning transmitter. With his foot firmly wedged in the door, Gilles went on to present on a string of pirate stations - KJAZZ, Solar Radio and On Horizon, before landing at BBC London with his show 'Mad On Jazz'.

"For a 19 year old accustomed to risking my life clambering around on the top of tower blocks to put up aerials, there was nothing more frightening than the days leading up to my first show on the BBC."

It was with Talkin' Loud that he really cemented his relationship with the new and the old, with innovation and heritage, releasing classic material by The Brand New Heavies, Jamiroquai, Galliano and The Young Disciples. Talkin' Loud became synonymous with Gilles' own broad taste in music and with no less than 5 Mercury Music Prize nominations under his belt (4hero, Courtney Pine, Young Disciples, MJ Cole and Roni Size Reprazent - the winner in 1997) his reputation as the tastemaker was assured. A short stint at Jazz FM was followed by an eight-year residency at Kiss FM, where he built the foundations of his enduringly popular Worldwide radio show.

Taking Worldwide to BBC Radio 1 in 1998, he has enjoyed 13 years (and counting) broadcasting the "Worldwide" sound to receptive ears. The formula for Gilles' radio shows is a simple one: the finest new music he can lay his hands on? and that's it. From Sun-Ra to Roy Hargrove to Theo Parrish to Flying Lotus - if it swings in the right places, it's in. His shows are a marker for everything that is great about underground music from Brooklyn to Benin and beyond.

When all is said and done, whichever role Gilles is performing - DJ, broadcaster, producer, compiler, label boss or plain old record collector - the music is always the bottom line. His passion and enthusiasm is unfailing and deeply infectious, and that is the reason that his BBC iPlayer stats are routinely nestled in the Top 5. Luminaries like Radiohead's Thom Yorke or Erykah Badu drop in to co-present special shows? and his knowledge, opinion and playlists are universally respected.

April 2012 marks a whole new chapter in the development of Gilles Peterson the broadcaster. His brand new three-hour long Saturday afternoon show on BBC 6Music will see him take his unique musical mix to a new and growing audience of music lovers. 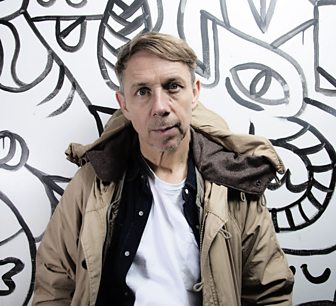