Donald Wilson was born in Scotland, four years before the outbreak of the Great War. He studied at the Glasgow School of Art and began his career as a newspaper cartoonist and sketch writer, but the lure of the silver screen could not be ignored… 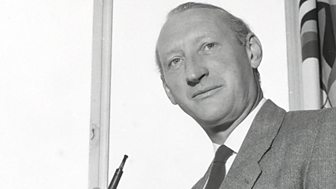 When MGM set up a centre of operations in the UK, Wilson got a job at Elstree Studios and his early assistant director credits include Love in Exile (1936), Jericho (1937) and the Academy Award-winning classic, Goodbye, Mr Chips (1939). After the war, Wilson returned to films but in the 1950s he was recruited by the BBC’s Head of Drama, Michael Barry. He swapped the silver screen for the small screen and a remit that tasked him with finding new writers for the BBC.

In the early 1960s Sydney Newman triggered a radical shake-up of the BBC Drama Department and Wilson was given one of the corporation’s most senior positions - Head of Serials. In this capacity Wilson was responsible for overseeing the creation and development of new series…. Including a certain show that was intended to be screened on Saturday tea-times…

Wilson, along with Newman and Bunny Webber collaborated on the first format document for the programme and although he was very anti-Daleks prior to their debut, he was a gentleman in his response to their success; Wilson summoned producer Verity Lambert to his office where he admitted she had been correct in championing them and assured her that he would trust her judgement in future.

Wilson later relinquished his position as Head of Serials to give his undivided attention to a long-cherished project - bringing The Forsyte Saga to television. He procured the rights, adapted the original work, served as producer and was even hands-on in securing the ideal cast for the production. It ranks as one of the BBC’s most ambitious epics and proved popular with critics and audiences across the world.

Wilson later acted as adapter and producer on the prestigious costume dramas The First Churchills and Anna Karenina. He died in 2002 and aside from his work on Doctor Who, he is remembered as a kind and thoughtful man, and one of the BBC’s most prized and passionate programme makers. 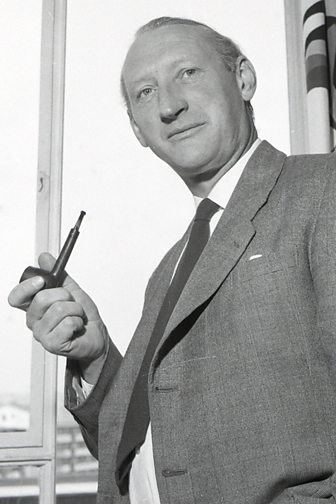