Alfred’s wife Aelswith is fiercely loyal, and protective of her husband and king. 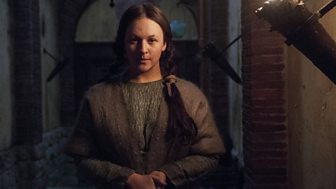 Pious, haughty, and acerbic, she is an unpopular figure in Alfred’s court. Aelswith takes an immediate dislike to Uhtred, who she sees as a threat to her beloved husband.

Eliza is a recent graduate of RADA and plays Aelswith, the wife of Alfred. Her credits whilst at RADA include Margaret of Anjou in the Sam Wanamaker Festival, Beatrice in Much Ado About Nothing, Mrs Gascoigne in D. H. Lawrence’s The Daughter‐In‐Law, the title role in The Witch Of Edmonton and Kate Hardcastle in She Stoops To Conquor. Upon leaving RADA, Eliza appeared as Holly in ITV’s police drama DCI Banks and Lucy in the BBC period drama WPC 56. 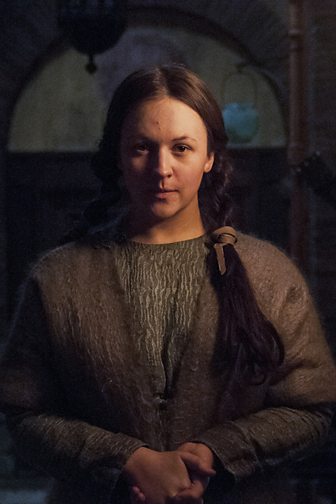