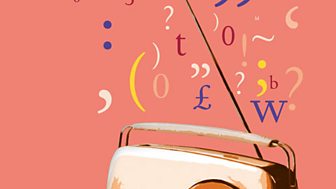 How to Enter the Competition

In order to enter you need to send:

• A script for a 53 minute radio play with up to 6 central characters - we are unable to return these, so make sure you keep a copy

• A completed form (download here), attached to your play and synopsis.

There are three prizes

English as a First Language Winner

£2200 sterling will be given for the overall winning playwright of the best play written with English as a first language and a trip to London to see the play being recorded for broadcast on the BBC World Service and to attend a prize-giving evening.

English as a Second Language Winner

£2200 sterling will be given for the overall winning playwright of the best play written with English as a second language and a trip to London to see the play being recorded for broadcast on the BBC World Service and to attend a prize-giving evening.

In memory of the writer, BBC World Service journalist and broadcaster Georgi Markov (1929-1978) who championed freedom of creative expression, this prize is for the writer of the script identified by the judges as showing most promise. The script will be selected from the International Radio Playwriting Competition shortlist and will be an entry which, whilst not deemed ready for broadcast in its current form, shows outstanding potential.

The Georgi Markov Prize includes a standard return flight to London, with 2 weeks accommodation – a week of which will be spent with the BBC’s London Radio Drama department and a week with BBC World Service. These 2 weeks will coincide with the making of the winning plays from the International Radio Playwriting Competition and the winner of the Georgi Markov prize will attend the prize-giving ceremony and receive recognition at the same time.

This prize does not include recording or broadcast of the script and there is no cash alternative. The prize has been established by the BBC World Service and the Open University, in association with Annabel and Sasha Markova.

1. Entry is only open to anyone who is over the age of 18 as at 31 January 2016 who is not normally a resident of the United Kingdom of Great Britain and Northern Ireland, Channel Islands or Isle of Man (“UK”). Individuals who have lived or worked in the UK on a temporary basis for no more than 12 months at the time of entering the competition are also eligible. Professional and previously published writers are eligible to enter, but this is not a requirement of entry. We may require proof of eligibility.

2. Entrants must not be BBC or British Council or The Open University or Commonwealth Foundation employees, their close relatives or any person connected to the competition. Proof of age, identity and eligibility may be requested.

3. Entrants should write a radio play of approximately fifty three minutes’ length on any subject of their choice. Adaptations of novels are not eligible.

5. Plays entered in the competition must not, at the time they are submitted, have been offered for publication, performance or broadcast in any other form or medium to any other person or company. Nor can they, at the time of entry or during the course of the competition, have been entered for any other competition. The winning playwrights will be deemed to have entered into an undertaking not to accept offers for their entries from other broadcasters or publishers before December 2016.

6. All scripts submitted must be approximately 53 minutes in length – this usually equates to a minimum of 45 pages of A4 paper (or equivalent) and a maximum of 65 pages (note, a rough guide is a minute per page; please read and time your play before you send it). The play should have a maximum of six central characters (there may be up to 3 small “doubling” characters too, who don’t have more than a few lines each). There must be no central roles for children.

7. Your script must be accompanied by a short synopsis which outlines the complete story of the play. This must be no more than 400 words.

8. There are two categories for entry. One is for entrants who speak English as a first language and the other is for entrants with English as a second language. The BBC may require proof of eligibility for the selected category before announcing a winner. For translated entries, it is the responsibility of the entrant to ensure the translated script fully complies with these rules and entry requirements and the entrant must have the right to enter into a contract on the translator or translators’ behalf as per Rule 21. No additional payment can be made by the BBC for translations.

9. The play must be written substantially or entirely in English. Unfortunately, we do not have the facility to offer a translation service. Entries that have been translated must acknowledge this fact by giving a credit to the translator or translators. Entries that have been translated will be entered in the English as a first language category.

11. Entries must be submitted either by by post to the following address: International Playwriting Competition 2016, BBC Radio Drama, Room 6015 BBC Broadcasting House, Portland Place, London W1A 1AA, United Kingdom, or to your local British Council office, or by email to the following email address: radioplay@bbc.co.uk

12. All entries must be accompanied by a completed copy of the entry form which can be downloaded here

13. Entrants can enter individually or as part of a group. If entering as a group, all entrants must meet the entry requirements and be eligible for the same category. No member should have also entered individually. Please note, the prize only includes payment for one airfare per category.

14. In the case of an entry by two or more writers, the BBC will need written or email confirmation from each writer involved that they are prepared to take a share of the prize money and are prepared to receive those funds from a nominee who will be one of the writers, as the prize money will be paid to one individual only. The nominee will be selected by the writers and it will be his or her responsibility to distribute these funds to the other writers and the organisers can take no responsibility for that aspect. As per Clause 8, there will be no additional payment from the BBC for translations.

15. Only one entry per person is permitted including any group entries. If you submit more than one entry, only the first entry received will be considered. Please do not submit plays you have entered before.

16. You may choose to submit your entry under a pseudonym (which will be the name it shall be promoted and published under), however you must include your real name on each entry for verification purposes.

17. All entries must be the original work of the entrant and must not infringe the rights of any other party. The BBC accepts no liability if entrants ignore these rules and entrants agree to fully indemnify the BBC against any claims by any third party arising from any breach of these rules.

18. Entries must not contain defamatory, obscene or any other unsuitable material, such as that which may cause offence to a wide audience of all ages. Content should not contain excessive swearing or obscene language.

19. Entrants retain the copyright in their entries but grant to the BBC an exclusive licence to broadcast their entry on radio, as well as use it on any online platforms in line with the BBC’s Radio Drama Agreement as agreed with the Radio Writers’ Forum (see 23 below). Entrants reserve certain secondary rights in other media subject to BBC short exclusive options. Entrants also grant a licence to Commonwealth Writers and The Open University to publish extracts of their scripts, along with their name(s), on the Commonwealth Writers and Open University websites and to The Open University to make their content available within OU courses for teaching and learning purposes, including to OU registered students on any secure platform or copy-protected medium.

20. The prize for each of the winners of the English as a 1st language category and the English as a 2nd language category will consist of £2200 sterling and a trip to London (standard airfare and accommodation for one person) to see the winning play being recorded for broadcast on the BBC World Service and attend a prize-giving event. The prize is as stated and cannot be deferred or transferred. There will be no cash alternatives.

21. As with any new play, the BBC may require further drafts and revisions of the winning plays. Winners must be willing and able to undertake redrafting and revision work in conjunction with the BBC and accept that they will work with the Producer on re-writes of the play. This work is likely to take place between June 2016 and September 2016 and the winning entrants will need to keep time free, and remain contactable, to achieve this. This work will be completed with the winning entrant using email or the most suitable method available. We reserve the right to revoke a play’s prize winning status if this work is not completed.

22. The BBC will reserve the right to make minor cuts, changes and edits to the winners' final draft scripts and all editorial control rests with the BBC.

23. You must inform the BBC if any character/s or situation/s in the play relate to real situation/s or real people, either living or dead

24. Subject to a satisfactory recording being made, the winning plays will be broadcast on BBC World Service at some point around Spring 2017. Winners will first be required to enter into a contract with the BBC on the standard terms and conditions applicable for broadcast of BBC Radio Drama. No fee will be payable other than the £2200 sterling offered as prize money for one broadcast cycle and the BBC's standard package of rights under that contract. If repeated on the World Service, a sum of £1100 will be payable for the first repeat cycle and thereafter the BBC will have certain broadcasting and other rights all in accordance with the contract.

25. This competition accords with the BBC's Code of Conduct for Competitions, details of which can be found on the BBC's Standards and Guidelines website: 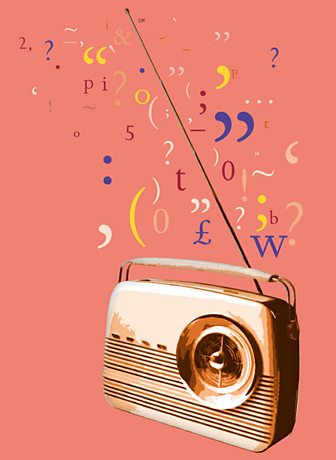