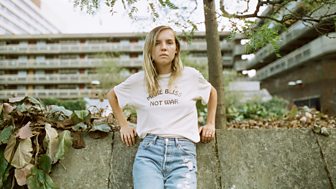 The Japanese House is the stage name of 21-year-old Amber Bain. She chose the moniker carefully, not wanting to be defined by her name or gender at the beginning of her career. “At first,” she explains, “I thought it was important to make it just about music”.

The name itself came from a childhood holiday in Cornwall where she stayed in a property owned by Kate Winslet called (you guessed it) The Japanese House.

Her dreamy brand of electronica was first played on BBC Introducing Beds, Herts and Bucks, and has since garnered support from the likes of Radio 1’s Phil Taggart and Huw Stephens as well as CHVRCHES, who included her track Teeth in their Radio 1 Artist Takeover.

To date, Amber has released two critically acclaimed EPs, Pools To Bathe In and Clean, while her latest single Face Like Thunder premiered on Annie Mac’s show in September.

It’s the first track from her third EP Swim Against the Tide, which was released earlier this month on Dirty Hit.

Having spent most of the year touring with The 1975, Amber is currently on a headline tour of her own, and will head to the US at the end of November.

The Japanese House performs Face Like Thunder for BBC Introducing 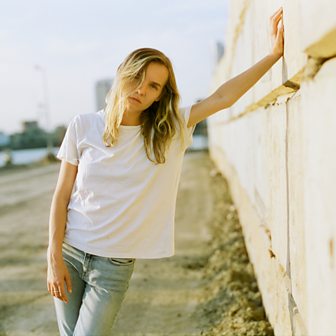