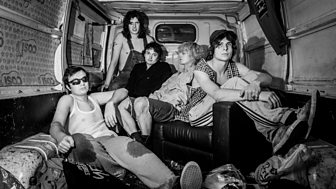 With songs about North Korea and Donald Trump, Cabbage would run the risk of being pigeon-holed as a political band… if it wasn’t for their filthy sense of humour.

On the song Dinner Lady, singer and lyricist Joe Martin darkly recalls his real-life experiences of serving school meals over a slinky riff: “I got so bored and idle / Served enough sausage rolls to make me suicidal.”

"We think it's such a waste that bands have a platform to say things and just don't" says Martin, whose poetry is inspired by “the bard of Salford”, John Cooper Clark.

The band were born in the northern town of Mossley, and have gained a reputation for their raucous, incendiary live shows: Martin’s stage antics have even been compared to Iggy Pop.

But they don’t take themselves too seriously, hence their vegetable-based nomenclature: “It’s the best anti-band name and sums us up completely.” 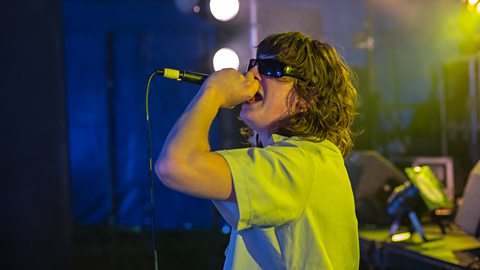 Cabbage perform Kevin at T in the Park 2016. 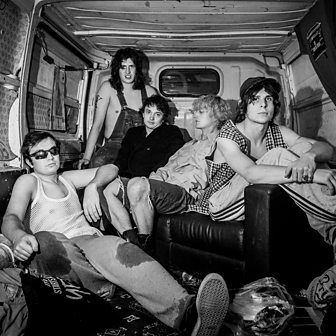