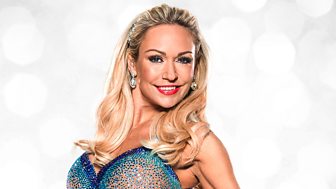 Kristina joined Strictly in Series 6, dancing with John Sergeant. They hit the headlines several times over the series, until their departure in week nine. In 2009, Kristina took to the floor with boxer Joe Calzaghe where they danced their way through to week five. The following year, Kristina and her partner, actor and DJ Goldie, were the first to leave the competition.

I have lots of desire and energy to take someone all the way to the final this year.
Kristina Rihanoff

Kristina’s fate dramatically changed in 2011, when she reached the final with Neighbours star Jason Donovan. The dynamic duo proved to be a formidable partnership, clocking up the most rehearsal hours of all contestants and taking numerous perfect 40 scores. Sadly though, a win was not to be, and Kristina and Jason were knocked out in the final, coming third.

In 2012, Kristina made it to week five with actor, Colin Salmon. The following year, Kristina and her rugby player partner, Ben Cohen, were sent packing in week nine after dancing the Charleston to ‘No Diggity.’ In 2015, she rocketed all the way to the final once again, this time with singer Simon Webbe. The pair earned the runner-up title after a show stopping Argentine Tango. In 2015 Kristina was partnered up with Irish singer Daniel O Donnell - the couple bowed out of the competition in week four.

Kristina was born in Siberia and fell in love with music and dance at a young age, entering her first dance competition at just seven-years-old. There onwards, she took part in scores of competitions and became a renowned dance champion in Russia.

In 2004, Kristina and her partner were invited to compete in the World Exhibition at the Blackpool Dance Festival. Together they placed second in the Theatre Style category.

Kristina then returned to the International Style Latin circuit with a new partner, Michael Wentink, one of Latin dance's most famous masters. Kristina and Michael promptly won the South African Championship and were also semi-finalists at the 2007 British Open in Blackpool, in the Latin American Division. 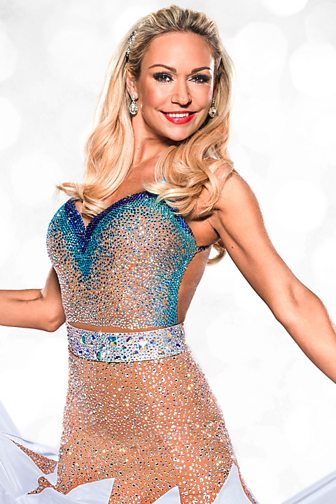