Amy Pond, the young Scottish woman from the English village of Leadworth first met her 'raggedy Doctor' when she was a little girl and had to wait fourteen years before he finally returned and took her off in the TARDIS. 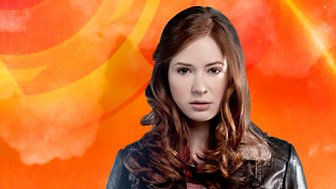 The first face the Eleventh Doctor ever saw belonged to Amy Pond, the girl who waited over a decade for him to return and a further year before she finally saw the inside of the TARDIS. During those long Doctorless days she lived in Leadworth where some people thought she was just a little bit mad because of her stories about a vanishing blue box and the ‘raggedy man’ that disappeared inside it…

Dear Santa, thank you for the dolls and pencils and the fish…
Amy Pond

She also fell in love with a nurse called Rory and became a kissogram. Never moving on, but never really settling down. So once Amy had seen the wonders of the universe and experienced adventures with the Doctor, nothing could ever make her return to her old life… Could it?

She fought Daleks and Angels and visited many alien worlds – always a brave and loyal figure by the Doctor’s side. In time, Rory joined them on their travels. ‘Got my spaceship, got my boys!’ she once announced, happy at last.

She married Rory and they had a daughter called Melody who became River Song. Long story. But eventually the pull of her life on Earth with her husband meant less time with the Doctor. There were still mad adventures with everything from Zygons to Henry VIII… but then the Angels returned.

One of the Lonely Assassins zapped Rory into the past and in order to follow him, Amy decided to become the Angel’s ‘victim’. Despite the Doctor pleading with her not to, she turned to her old friend and spoke three words: ‘Raggedy man! Goodbye!’ The girl who waited was finally torn from the Time Lord’s life, happy to spend the rest of her days with Rory. 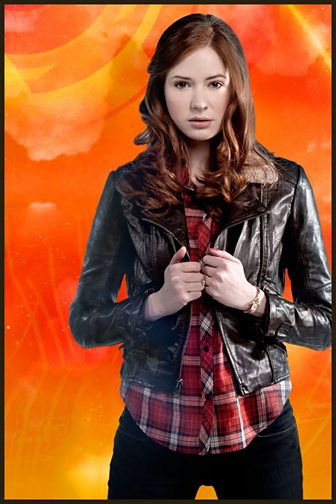