Spencer absolutely denies that he was given the job presenting Click because he hacked the BBC’s personnel records and inserted his name on the payroll. 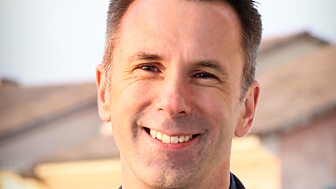 Spencer swears it was his nearly two decades of presenting experience and double first in Computer Science from Cambridge that swung the job for him. He was also recently awarded an Honorary Doctorate of Technology by Coventry University, which has made him even more unbearable.

I told the nation that it was an absurd prospect. Typing on a touch screen was unpleasant
Spencer Kelly

Away from answering awkward questions, Spencer spends his time sorting the wheat from the chaff of the technology world.

“There’s a lot of hype in the tech world – everyone is trying to sell us new devices, and making claims that sound amazing. Part of our job is to cut through the PR and explain if, when and where this tech might actually live up to its promise.”

Since his first radio job, as a travel reporter broadcasting updates from a light aircraft, Spencer has come a long way. All the way up the M3 in fact.

“I loved that job. It taught me to be accurate, concise, to talk to time, all while banking sharply in high winds”.

After a seven-year stint as a breakfast radio host, he came home to tech. He joined the BBC as an iPresenter – as we understand it, a kind of human phone app – and since moving to Click, he has travelled the world to seek out not only the most advanced tech but simple devices which make a huge difference.

“It’s the perfect mix. We get to see how technology is changing people’s lives across the technology spectrum.

“From the giant robots of Japan to the arrival of the internet at Aids clinics in Africa, the contrast couldn’t be greater. Some of the most exciting innovation actually happens in the developing world, where they literally hack existing kit together to get an essential job done.”

Despite all this, there’s one thing he still doesn’t understand – tablets.

“I famously appeared on BBC Radio in 2010 to talk about the rumours that Apple was about to launch a tablet. I told the nation that it was an absurd prospect. Typing on a touch screen was unpleasant, as was the idea that you’d want to hold the thing up or balance it on your knee for hours on end.

“In order to do any work on it, you’d need to buy a separate keyboard and stand, at which point you’ve got yourself a laptop.

“Apple, as it turns out, wasn’t listening to the radio that afternoon, and went ahead and launched the iPad a few hours later.”

1982 – I peered round the classroom door and my teacher was powering up the school's first BBC Microcomputer. It was love at first sight. I became a typical 80s’ bedroom programmer.

Strangest thing you've been asked to do

We recently demonstrated the stand-off between different video games consoles through the medium of the high-noon cowboy shoot-out. Who knew there was a real Wild West town in Kent?

Best thing you've seen before it went on sale

Computer displays that either fold up or that float in the air. The days when your mobile can only be as small as its screen are numbered.

Probably my favourite is still our first televised demonstration of a botnet. It's explaining how infected computers can be assimilated into an army of zombie PCs attacking websites and sending spam.

Will there be flying cars soon? 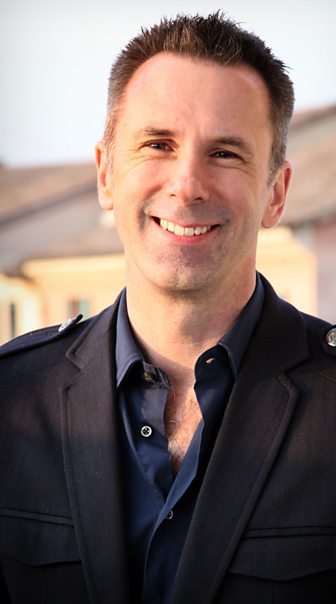