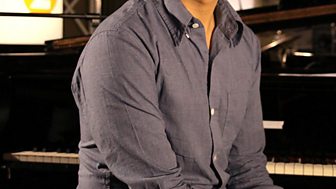 Jamie Cullum was obsessed with all types of music from an early age: rock, hip-hop, acid jazz, blues. He discovered jazz as a teenager, via artists like Herbie Hancock and Miles Davis, and while studying English and Film at college he began working as a singer-pianist anywhere he could get gigs - cruise ships, pubs and even wedding receptions.

This mix of styles has resulted in multi-platinum sales globally, with Jamie travelling the world many times over, playing everywhere from prestigious jazz venues such as Ronnie Scott's to rock venues and the Glastonbury Festival.

"At first I didn't think certain songs had a place in what I was doing with this jazz music but I've realised that everything does and it reaffirms my belief that jazz is the greatest platform to do whatever you want. People ask why I play jazz and it's because you can take it to so many different places. You can embrace dance music, rock, pop music, classical, funk, everything," says Jamie of his style.

After two years touring for the aforementioned Catching Tales, Jamie took some time off to work on other projects. These included numerous collaborations: from the legendary Japanese Jazz act that is Soil & Pimp, to entrepreneurial hip hop producer Pharrell. His travels included playing in front of 6,000 people at Barcelona’s Sónar festival with Darren Emerson (formerly of electronic band Underworld) and a moving trip to visit UNICEF's project in Ethiopia. He also had the opportunity to work on the film soundtrack to Gran Torino and subsequently form a friendship with Clint Eastwood.

Jamie's 2009 album, The Pursuit, was Jamie's first solo record in four years and much like its cover's exploding piano, it has blown away all pre-conceptions. Combining his jazz heritage with an eclectic selection of more modern influences has made Jamie an outstanding artist and boundary pushing pioneer of the jazz world.

With four million albums sold, and with Grammy, Golden Globe and BRIT nominations under his belt, Jamie Cullum continues to be a British success story around the globe - the most successful UK jazz artist ever. 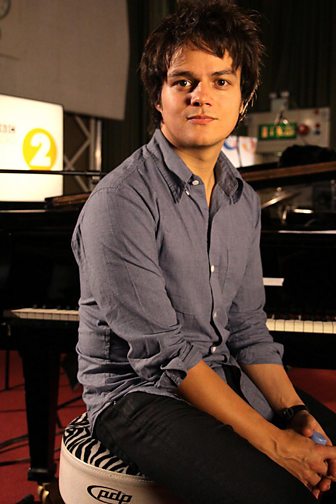