Ready for some dance floor drama 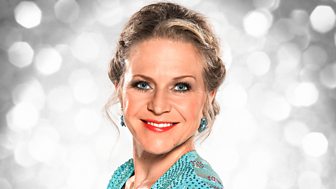 Best known for her portrayal of Linda Carter, the current landlady of the legendary Queen Vic in EastEnders, Kellie’s character has been at the heart of some of the shows biggest storylines since her arrival in December 2013.

Kellie’s hard work on EastEnders paid off at The British Soap Awards earlier this year when she won ‘Best Actress’ and ‘Best Dramatic Performance.'

Kellie has been acting since she was 11, appearing on stage in shows such as Annie and Les Misérables, before landing a place at the Sylvia Young Theatre School. As a child, she regularly appeared on TV and at the age of 13, Kellie was cast as Joanna Burrows in TV series The Upper Hand. The series ran for six years.

Kellie has also had main roles in ITV’s Bad Girls, the Only Fools and Horses prequel, Rock and Chips and a long stint on The Archers. She has also guest starred in Da Ali G Show and made an appearance in the film Ali G Indahouse.

On the prospect of joining Strictly, she said she can’t wait to start learning some moves, admitting that it “appeals to the little girl in me.”

Although, she might need to hold back on the fake bake if Walford’s climate is anything to go by: “I think my use of spray tan will be limited as Linda Carter can't suddenly look like she has been to Hawaii!”

When talking about the Strictly judges, Kellie admitted to having “a ridiculous soft spot” for Len, thinks Darcy is a “goddess” who “gives fantastic critique,” and reckons Craig is “just honest” – we’re sure she has had to deal with shadier characters in the Queen Vic!

Beyond Albert Square, Kellie married her long-term partner Paul last year, with whom she has a young son called Freddy. 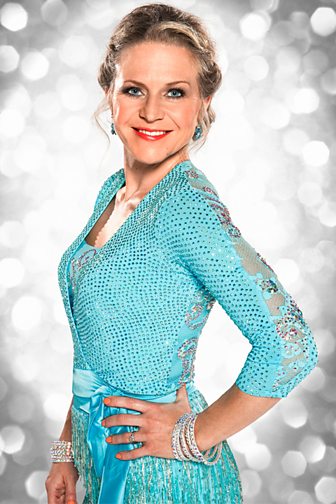