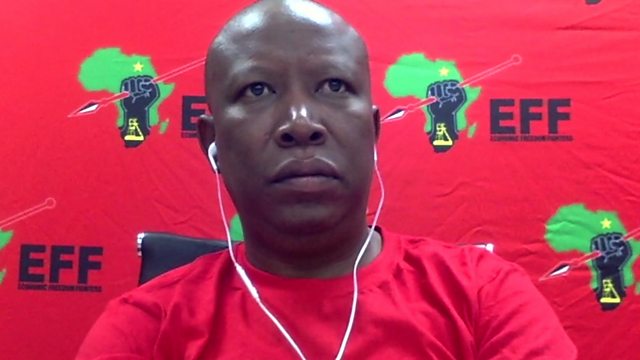 An uprising similar to the Arab Spring will be "guaranteed" in South Africa if there are not immediate interventions to improve the social conditions in the country, the leader of the Economic Freedom Fighters (EFF), Julius Malema, tells the BBC's Hardtalk programme.

Mr Malema has rejected the suggestion there would be "violence for Zuma" - the former president who still retains a strong base of support and whose trial for alleged corruption is due to begin soon. Jacob Zuma has previously denied any wrongdoing. 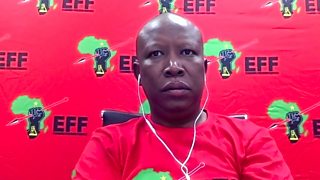