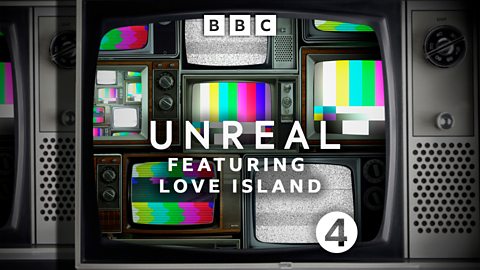 Journalists Pandora Sykes and Sirin Kale explore how reality TV shapes our lives and the ethical questions raised by the format, featuring iconic shows and stars.

The dumbest genre in entertainment, or the one that tells us the most about ourselves? Since its conception, reality TV has divided its viewers.

Unreal: A Critical History of Reality TV is a 10-part audio documentary written and presented by journalists Pandora Sykes and Sirin Kale. They've been fans of reality TV since they first watched Big Brother as pre-teens and they've spent a fair amount of time defending reality TV when people are snobby about it, or dismiss its importance in our wider culture. But they've also been troubled by what they've seen in the genre: the exploitation; the lack of aftercare; the impacts of sudden fame.

Using interviews with the creators, producers and stars of some of the most iconic reality shows of the last two decades, and leading cultural critics of today, Unreal explores how reality TV has shaped entertainment, fashion, beauty, celebrity and even politics - and some of the ethical issues raised by the format.

1. The Social Experiment: Big Brother is Watching You