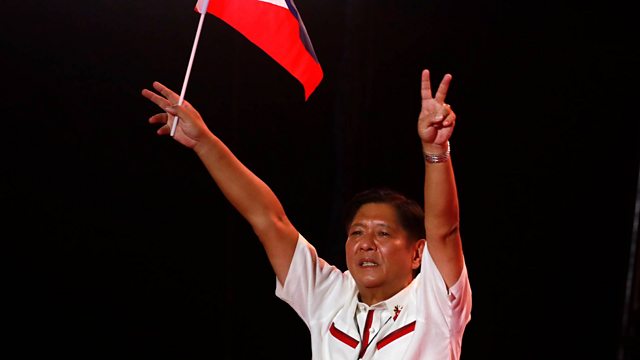 The Marcos family back in power in the Philippines

Unofficial results in the Philippine presidential elections show that with more than 90 per cent of the votes counted Ferdinand Marcos Junior is heading for a landslide win.

The son of the former Philippines dictator, Ferdinand Marcos, has secured an unassailable lead in the presidential election. With more than 90 per cent of votes counted Ferdinand Marcos Junior - known as Bongbong – has amassed more than half of the votes in what looks like a landslide win.

His victory comes despite warnings from rights activists, the Catholic Church and political analysts over his family’s record which was marred by extensive human rights abuses and extrajudicial killings.

Emerging markets specialist and director of investments at Brandes, Louis Lau, thinks the new president may signal a new approach to relations between China and the United States.

“We expect Marcos Junior to be a little more balanced than [outgoing President Rodrigo] Duterte who was very openly critical of the US. In fact the US is a more important economic partner for the Philippines [than China] because it accounts for a greater share of exports and… is a big source of remittances.”