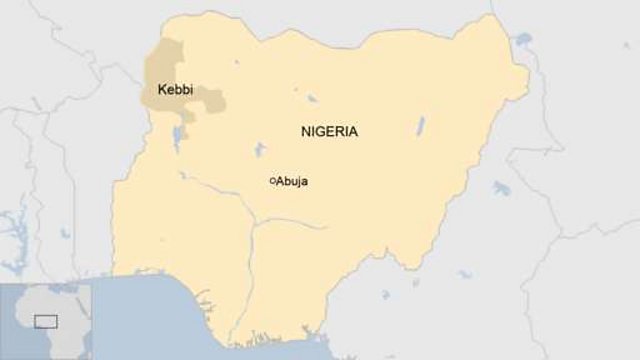 Dozens killed and others kidnapped in Nigeria

Gunmen have killed dozens of people including two soldiers and a policeman in the north-western Nigerian state of Kebbi.The attack happened on Friday in the village of Dankade in Danko-Wassagu area but details are just emerging because there is no mobile phone network in the area. Some reports suggest more than 50 people were killed - some were shot dead and others had their throats slit. A resident who escaped the killings told the BBC that 13 of his relatives were among the dead. The BBC's Ishaq khalid has been talking to Bola Mosuro.