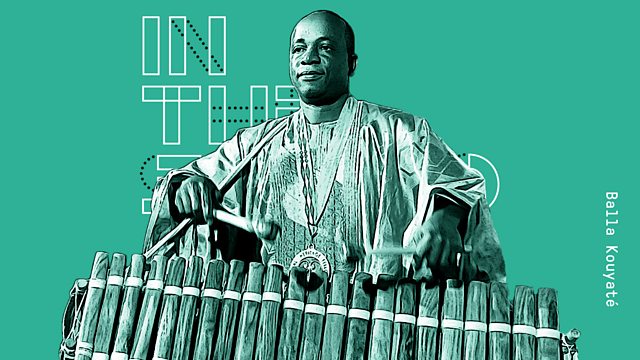 To say that balafon player Balla Kouyaté was born into a musical family is an understatement. His family line goes back 800 years to Balla Faséké, the first of an unbroken line of djelis in the Kouyaté clan. Djelis are the oral historians, musicians, and performers who keep alive the history of the Mandé people of Mali and Guinea. The balafon is the ancestor to all marimbas and xylophones. Played with mallets, it comprises of wooden slats with rows of gourds acting as natural amplifiers underneath. The story goes that back in the 13th century, when the emperor Sundiata overthrew the villainous Soumaora Kante, he appointed the Kouyaté family to protect the Sosso Bala, the original balafon. That instrument survives today, in the safe keeping of Balla’s father’s in Guinea. With all that history it’s no surprise that Balla is a virtuoso player of the balafon. Now living in Boston in the US, he’s a much sought-after collaborator, playing with the likes of Yo-Yo Ma in his Silk Road ensemble. As well as frequently touring with his own band, he also makes time to fulfil his responsibilities to his community as a djeli, playing traditional music at family events from weddings to baby naming ceremonies.